Ever since taking on the World Cup in 2010, the adidas f50 adizero has been one of the true power players in the world of football boots, giving us a boot that weighed around 160g for a truly lightweight feel on the foot.

Since then, each generation might have only skimmed off a few grammes here and there (adidas would tell you the boot is pretty much as light as it can get whilst still retaining durability), but the Three Stripes have aimed to make the boot faster and more feature-packed with every new generation.

Now, as we ring in the fifth generation of adidas f50 adizero, what does the 2015 edition bring to the table?

First of all, the aesthetic is obviously brand new. Whilst adidas have always gone for a clean, technical looking football boot on the f50 range in the past, clearly they’re feeling much braver on this edition.

The ‘ghost’ graphic over a scaly-looking pattern gives the boot a very distinct visual identity, and the trademark Three Stripes are almost given a back-seat, confined to the tongue and heel. 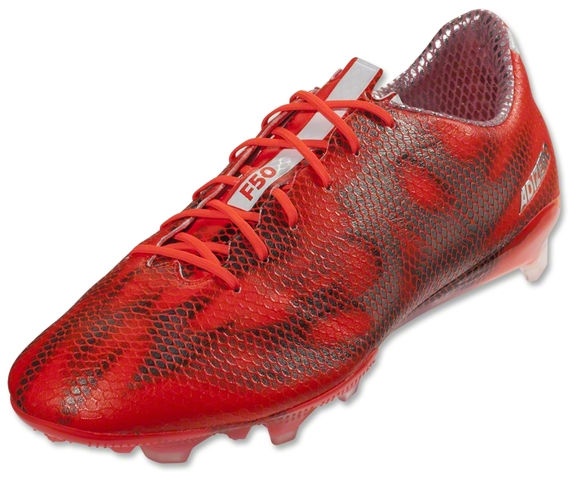 adidas have also changed the construction based on athlete feedback. Whilst the last generation of f50 adizero was a split construction between Hybridtouch in the forefoot and a tougher SpeedFoil synthetic in the rear, adidas have this time opted for a single-piece HybridTouch upper.

One of the main complains with the last adizero was that the SpeedFoil in the heel was a little stiff, particularly on the first few wears, so it’s nice to see adidas take that on board and create a more comfortable – if marginally heavier – football boot this time out. 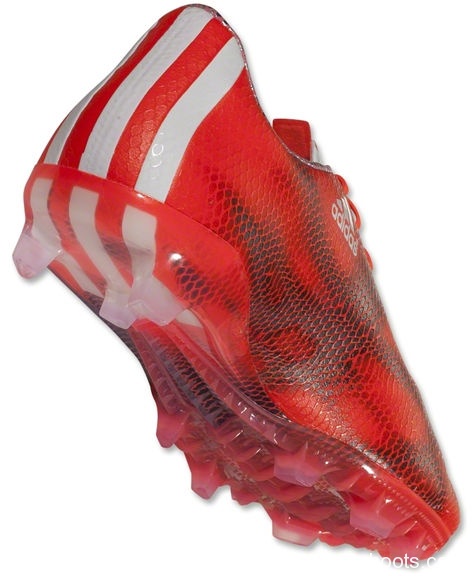 Of course, the big change this time out is the new soleplate. Out goes the SprintFrame and in comes a beastly new traction system, that is designed to give a new level of aggressive grip on the turf.

New forefoot studs are inspired by track spikes, and are also used in a more sparing fashion as adidas bring in a secondary traction system.

So, as the ‘main’ studs dig into the turf, the spine-like secondary studs also engage the ground to offer another layer of bite for improved toe-off.

Not only that, but adidas have centralised the rear studs into a tripod shape; something that’s entirely new for the brand.

What’s your take on the adidas f50 adizero for 2015? An aggressive sprint forward or a stumble back?