The leather adiZero is one of the current staples of the football boots world, with the likes of Lionel Messi, Arjen Robben and David Villa all opting for leather over synthetic.

So fans and professionals alike will be keen to see what new adidas F50 adiZero miCoach – Leather has to offer! 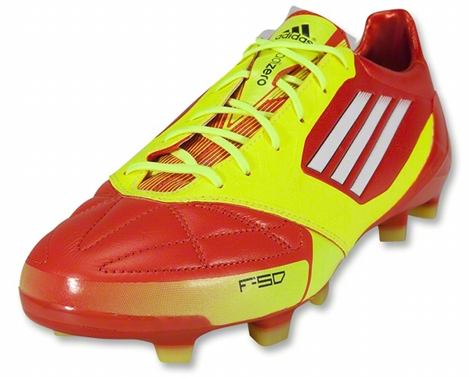 As it turns out, there’s a handful of differences with the adidas F50 adiZero miCoach – Leather compared to it’s SprintSkin counterparts, as there was in the previous generation.

Straight away you’ll notice the ‘fade’ across the toes, where there isn’t the full effect of the new TPU ‘SprintWeb’ over the front of the boot. 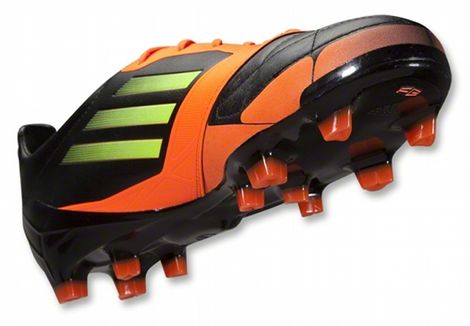 That’s not to say there’s no SprintWeb whatsoever (you’ll notice it still covers the lacing and lateral areas around the midfoot), however, the natural flexibility and durability of leather means that the adidas F50 adiZero miCoach – Leather can cope just fine without the additional support.

You’ll also see that the area above the toes of these football boots is super-stitched to make them flexible and comfy for players who demand the sort of touch that only leather can offer. Whilst, once again, leather wearers will miss out on the new textured are for high-speed dribbling, the soft calf leather should mean that it won’t be a notable absence. 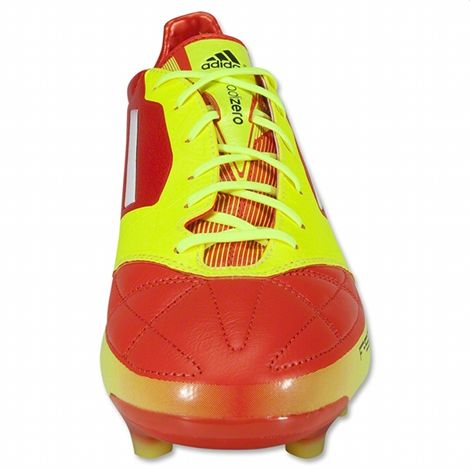 As with previous incarnations of the adiZero, the internal support bands have also been left out of the leather version of these football boots, which thankfully means that the rear and mid sections of the boot remain soft calf-leather too.

Onto for what remains the same, you’ll get all the new benefits on the adidas F50 adiZero miCoach – Leather that people are looking forward to getting on the SprintSkin version, including a redesigned collar, tweaked stud layout, more durable heel counter and of course, miCoach technology.

miCoach technology is your gateway to becoming a better player via the sort of feedback that’s normally reserved for top athletes.

A small chip in the outsole of the boot gathers data whilst you play, so you can know after a match how far you ran, how many sprints you performed and what your top speed was, meaning the next game you can aim to improve.

You’ll also be able to challenge your mates on Facebook and compare your data to that of top pro’s like Messi, Bale and Young.

Will you be picking the adidas F50 adiZero miCoach – Leather for your next pair of football boots?

Written By
Ramsay
More from Ramsay
This week, get the inside track on the Primeknit 2.0 from the...
Read More