It’s rare enough that a player is good/popular enough to command a custom colourway, but Leo Messi is so far into a league of his own, adidas have bestowed two editions of the f50 for their main man to wear, with the launch of the adidas f50 adiZero – Leo Messi Blaugrana edition.

Here, adidas have taken a similar starting point, but put the traditional colours of FC Barcelona at the heart of the boot.

A unique new trick from adidas, the adidas f50 adiZero – Leo Messi Blaugrana edition is the first time we can remember the Three Stripes going for four different block colours in this manner – and it’s indisputably a distinctive visual.

The ‘stripes’ dividing the boot vertically evoke the iconic FC Barcelona home shirt, whilst the Earth Green and Neon Yellow are similar to the colours traditionally used to trim the crest. 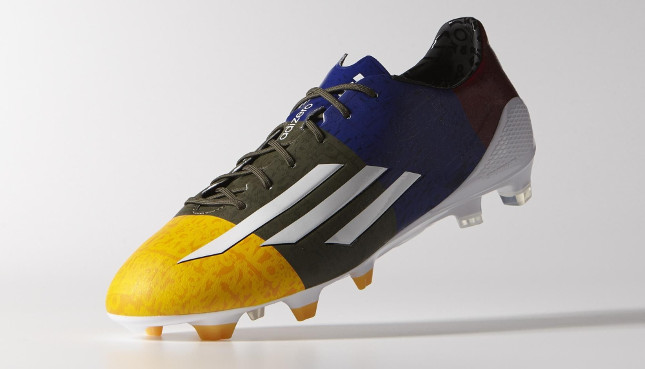 The distinctive text print still sublimates each colour, and continues into the sockliner for a neat bit of detailing.

Set to be worn exclusively by Leo Messi in Barca’s Champions League games, the Argentine will be hoping to wear them in a few more games than Barcelona played in during last year’s campaign. 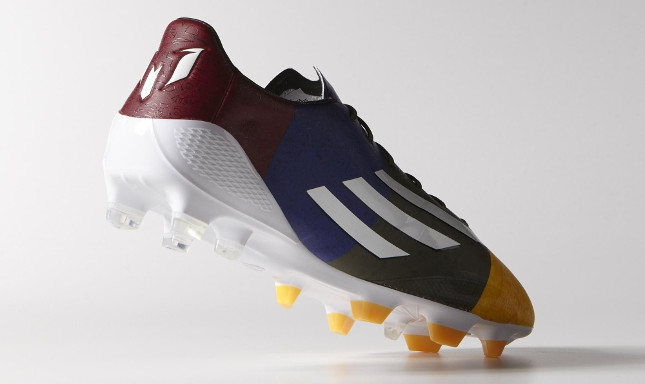 As with other synthetic adidas f50 adizero’s this model will tip the scales at around 155g per shoe in a US size 9, and will retail for around £160.

What do you think of the adidas f50 adiZero – Leo Messi Blaugrana edition? Let us know in the comments, of leave a rating on the boot-o-meter! 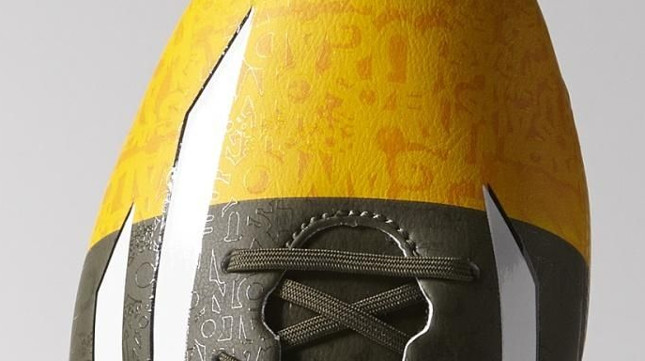 adidas f50 adiZero | Leo Messi Blaugrana Edition, 8.0 out of 10 based on 20 ratings https://www.footy-boots.com/wp-content/uploads/2014/09/adidas-f50-adizero-leo-messi-blaugrana.jpg

Written By
Kyle Elliot
More from Kyle Elliot
adidas bring back black to the adidas F50 adiZero with this stunning...
Read More