Bastian Schweinsteiger, Lukas Podolski, David Alaba and plenty more are known to go in for the natural feel of a leather f50, over the super-lightweight lead model. 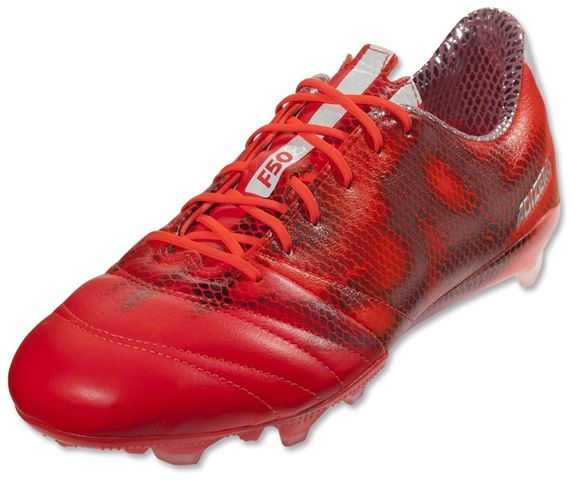 So, with an all-new generation of adidas f50 adizero landing on February 2nd as part of the There Will Be Haters drop, what’s the leather f50 got going for it this time?

Well, the most obvious is the inclusion of a full grain calfskin leather forefoot. Designed to offer that unmistakable leather touch at the point in the boot where players make the most touches on the ball, this design choice will be very familiar to those who have enjoyed previous leather adizeros.

As is a popular choice with boot brands at the moment, everything from the laces back is a synthetic, which not only helps keep the weight of the boot down but it also serves to stabilise the midfoot and heel, reduce over-stretching, and cut down on water uptake.

As natural leather isn’t as workable as Hybridtouch, you’re also going to miss out on the DribbleTex 3D print on the upper on this particular model – but fans of leather boots would argue this is made up for by the natural grain of the leather anyway.

adidas have also seen fit to limit the amount of area the ghost/snakeskin print that graces the rest of the boot impedes on the leather forefoot, making them easy to identify.

But apart from those minor changes, the leather adidas f50 adizero offers a very similar package to it’s stablemate. 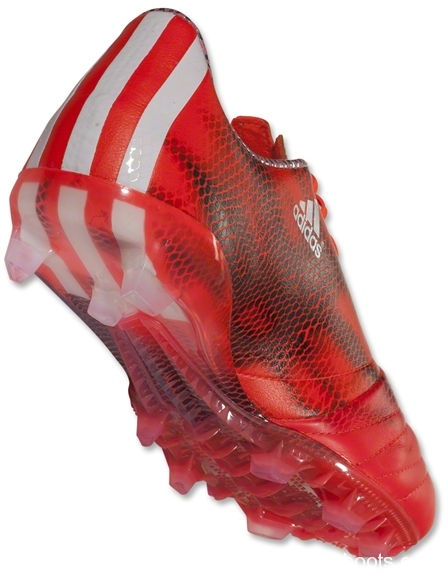 The new nine-stud, two-tier traction soleplate replaces the eponymous SprintFrame and gives another level of grip to players who demand the fastest boot in the game.

It’s also well worth a shout that the leather version of the f50 does clock in a little heavier than the synthetic version – around 170g in an 8.5 UK – and marginally more expensive; £5 on top of the RRP in the UK and $10 in the US.

Which version are you gunning for this season? Or will you be wearing something else?