After two barnstorming colourways to kick off the latest generation of F50 adiZero, adidas are back again with another new look for their super-successful speed shoes; the' adidas F50 adiZero – Green Zest / White / Navy! 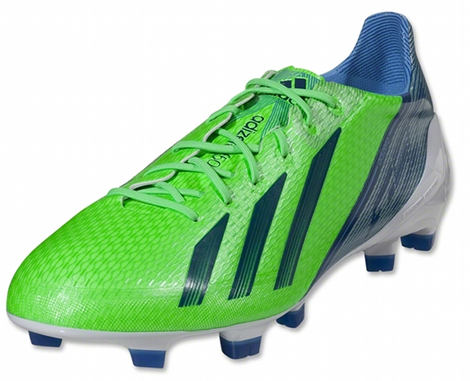 As with the last generation of F50’s, adidas are once again setting their stall out early – giving the adizero another super-bright colourway and warning other brands they’re out for visual dominance on the pitch!

Whilst probably nowhere near as bright as the Vivid Yellow launch colourway, the adidas F50 adiZero' – Green Zest / White / Navy' is certainly an almost radioactive shade of green that will really catch the eyes on the pitch. 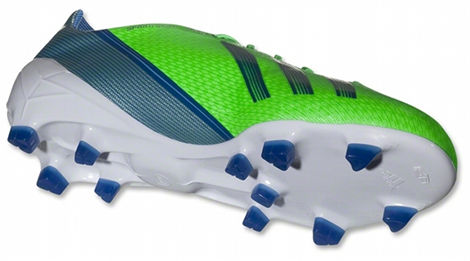 Reminding us a little of the Macaw Green/Pink edition of the very first F50’s, the adidas F50 adiZero' – Green Zest / White / Navy' also include a similar distinctive white soleplate to add some contrast to the boot’s design.

Speaking of the F50’s design, the newly-revamped adidas F50 adiZero' is styled by adidas to be fastest yet. A new SprintSpkin upper boasts a fresh 3D ‘Sprintweb’ texture across it’s material, giving better ball control in wet and dry conditions.

Retaining that all-important 165g weight benchmark, the latest adiZero' also boasts an improved shape for better comfort and the now-standard SprintFrame chassis, with a Traxion 2.0 Soleplate. 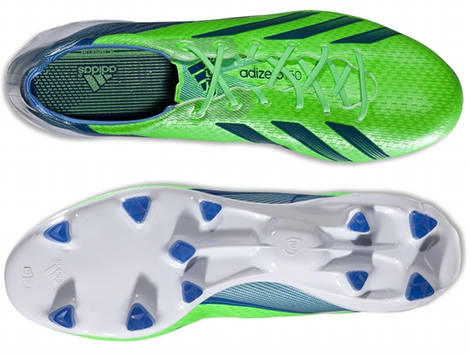 You’ll be able to pick it up in stores about now, with an RRP of £160 / $210 US – but in the meantime you can use the boot-o-meter and comments to get your voice heard!