Move those goalposts and re-set those benchmarks guys and gals; adidas have firmly put the title of ‘World’s Lightest Football Boots’ back in their trophy case with the arrival of the adidas f50 adiZero Crazylight.

At 135g, the f50 adiZero Crazylight' shaves 10% off the weight of the current ‘standard’ 150g f50’s and is definitively the lightest cleat currently commercially available. 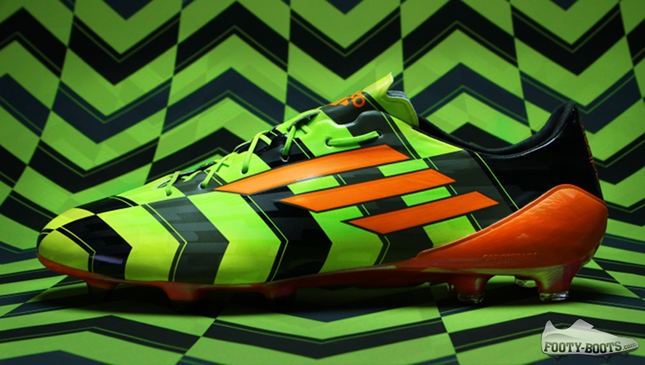 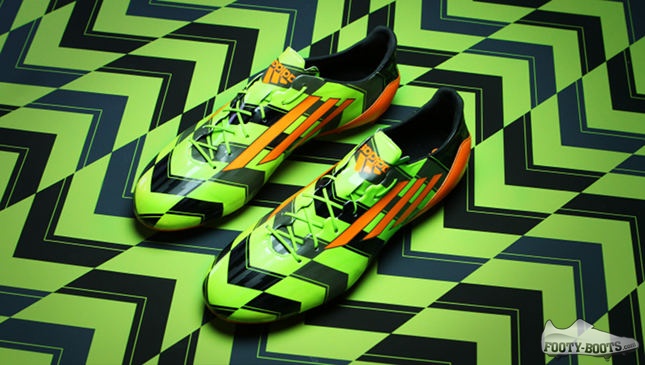 There’s been lots of too’ing and fro’ing between adidas’ f50 ranges and ‘SL’ and the Ferrari version of Puma’s speed-focused football boots; but at 135g, adidas settle that argument once and for all with the F50 Crazylight. 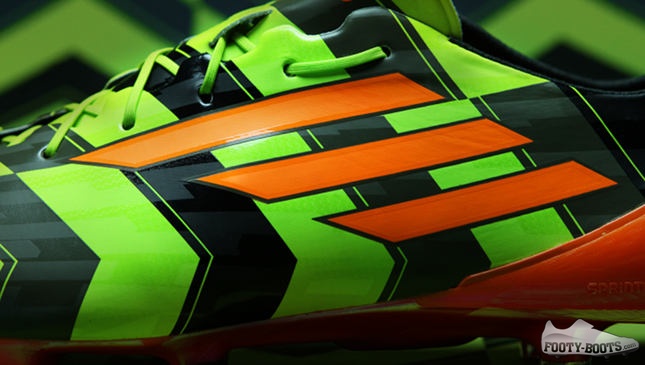 The main source of the weightloss here is similar to the adiZero Prime back in 2011; the upper has been re-engineered, using a next generation' lightweight skin which drastically reduces the weight on the upper part of the boot, while still guaranteeing high quality and performance.

Removing the leather-like HybridTouch material and swapping it for a smoother, sleeker synthetic seems to make sense to us – and adidas still guarantee a great feel for the ball thanks to a sublimated pattern that adds to the feel of the boot. 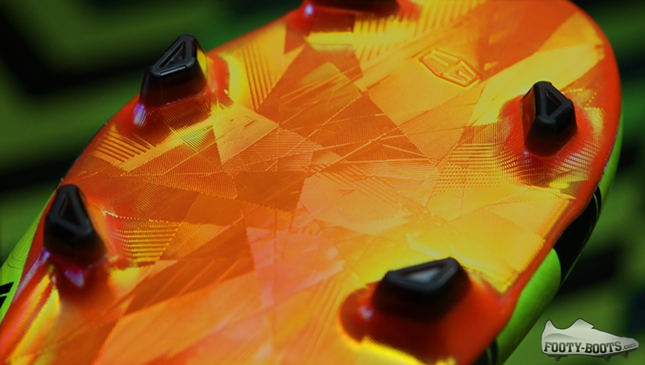 More weight is lost in the outsole, too; the SprintFrame’s Traxion studs have been rearranged – and in the case of some studs – completely removed.

The pattern on the outsole is laser etched and a premium anodized coating is also added to minimise weight and guarantee a premium finish on the overall design. 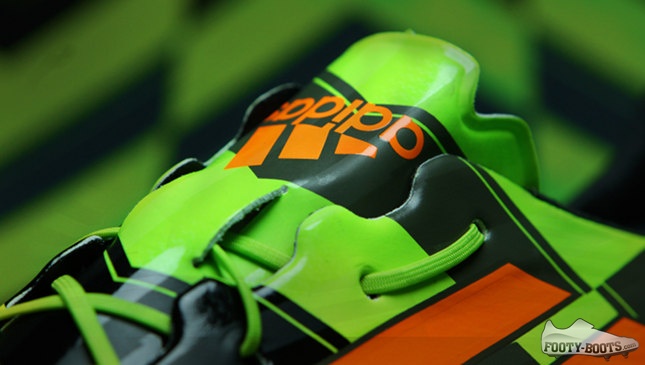 It’s not just Crazylight, either – I think we can all agree that it’s pretty crazy looking, too!

adidas say the sleek black and green coloured arrow design showcases the perception of forward motion, and is – of course – finished off the iconic adidas three-stripes in' bright orange . 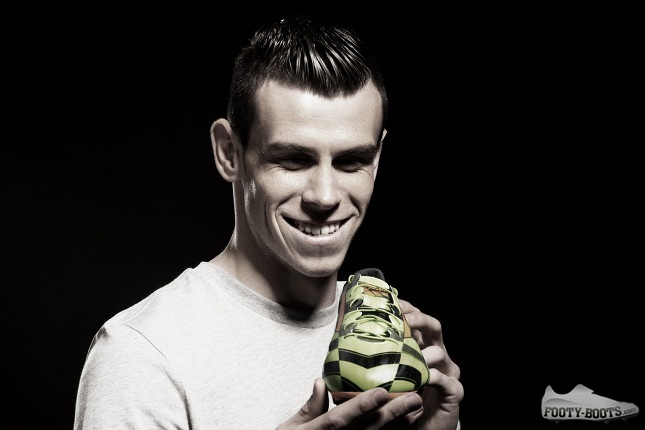 ' Ĺ›I've tried them out already in training and they feel great. I can't wait to wear them on field. Lightweight boots definitely give me an advantage over the competition and I feel faster and more agile the lighter the boots become. Hopefully I can score a few goals in them over the next few weeks.ĹĄ – Gareth Bale 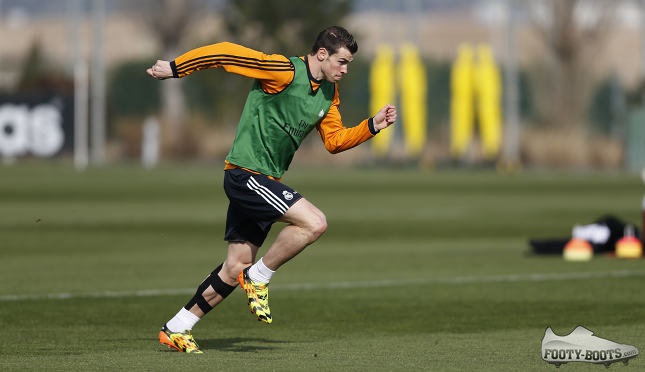 The new adizero f50 Crazylight has been developed along with the best players in the World and will be worn on field exclusively by Gareth Bale, who officially debuts the boots on field tomorrow evening (Tuesday 18th March) when Real Madrid C.F. face FC Schalke 04 in the UEFA Champions League second leg tie.

Thoughts on the adidas f50 adiZero Crazylight? Drop ’em in the comments or Boot-o-meter!

adidas f50 adiZero Crazylight – Record-Breaking New Boots for Bale, 8.3 out of 10 based on 140 ratings https://www.footy-boots.com/wp-content/uploads/2014/03/adidas-f50-adizero-crazylight.jpg

Written By
Kyle Elliot
More from Kyle Elliot
Is this the latest ambush marketing stunt from the German brand?
Read More