After making a substantial impact on pitches across the world since their debut two weeks ago, adidas are bringing a little more variety into the new generation of f50 adizero with the launch of the Core Black / Silver colourway.

Landing as part of a trio of retail launch-day editions, the adidas f50 adizero – Core Black / Silver definitely fulfils the niche of a boot for players who love a lightweight boot, but are looking for a more understated look on pitch. 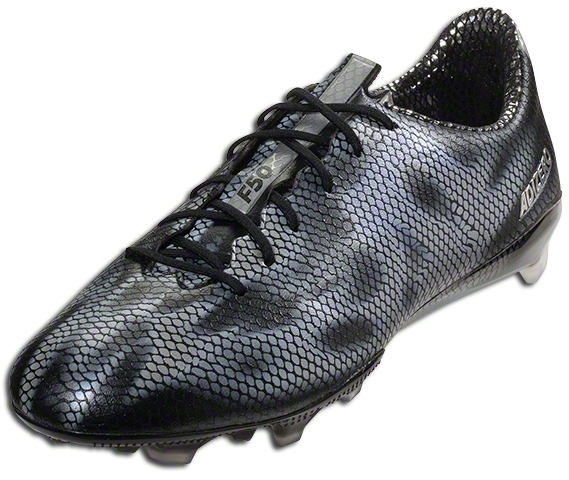 Of course, given the new generation of f50’s reptilian all-over print, there’s only so much a black colourway can do for subtlety.

Still, the clean black look definitely offers a nice contrast to the light silver base-coat, and makes the iconic Three Stripes on the heel pop just that little bit more (because they always look best as light-on-black obviously).

Sharp-eyed boot-spotters might well have seen the adidas f50 adizero – Core Black / Silver creep onto a couple of pitches over the last couple of days, too.

For starters, USMNT striker Jozy Altidore laced them up to finish of a sweeping move as part of the US’s friendly against Chile – clearly they’re just the shooting boots he needed to find.

If you’re not savvy on what adidas have brought in for the fifth generation adizero, then you’re in for a treat.

For starters, the upper is now a single piece of Hybridtouch, rather than the stiffer Speedfoil/Hybridtouch split design from the last model.

adidas say the new design enhances heel comfort and the overall fit and feel of the boot – even if it does come at the cost of adding on some extra grammes. 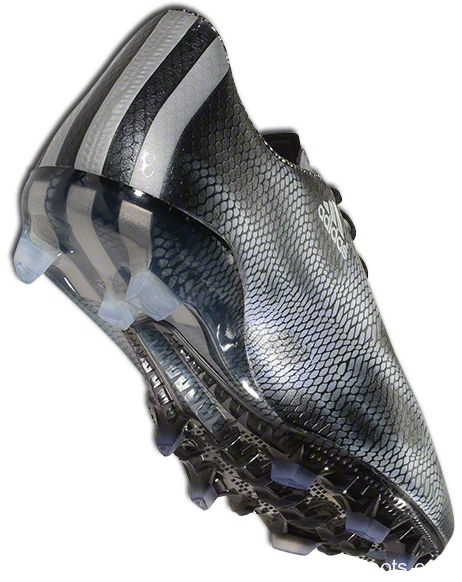 The scaly pattern across the upper is also matched by the Dribbletex 3D print across the forefoot, giving the boots a more frictious, tacky feel on the ball for better control in wet weather.

Of course, the headline change this time out is the soleplate. After over four years, adidas have switched out the SprintFrame that launched with the adizero for an aggressive new traction system.

adidas have trimmed some weight by switching to a more stable three-stud heel system in the back, whilst the forefoot gains a mean-looking secondary traction system that engages the turf when the ‘main’ studs are already gripping the grass for a better sense of acceleration.

Drop us a comment or rating on the boot-o-meter, now!