adidas are kicking off their remaining games in the UEFA Champions League with a new batch of colourways that will make their official debut on April 1st. 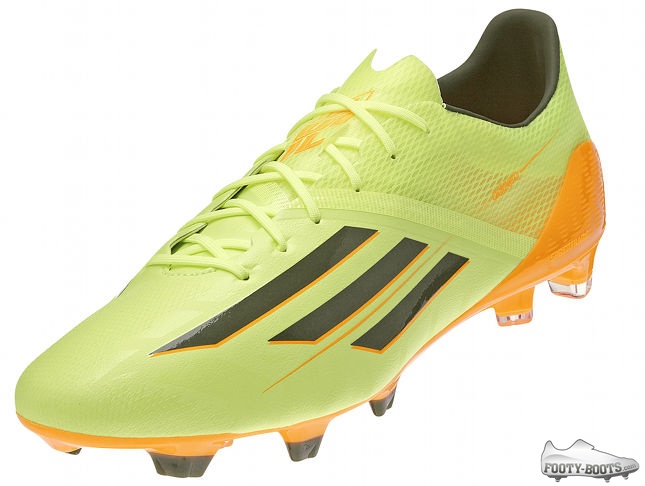 Never a wallflower, the f50 adiZero manages to balance this super-bright Glow colour with a darker Earth Green that really looks great on the upper of adidas’ lightest inline football boots.

As always, though, the floodlit nights of the Champions League are always considered when adidas roll out a UCL ‘pack’, and this colourway should look the absolute business out there on the green stuff.

As adidas’ preferred boot for all the speedsters in their stable, the adidas f50 adizero has technology to spare in terms of driving down weight and making these cleats feel light on foot.

The upper brings across fan-favourite HybridTouch material across from the Predator and Nitrocharge – eschewing the more frictionless synthetics of previous models for a leather-like layer than offers superb control and a natural feel for the ball.

The central lacing system allows an assured fit, locking the foot into the boot for comfort and manoeuvrability.

The heel section and tongue of the' adidas f50 adiZero – Glow / Earth Green / Solar Zest' are crafted from SpeedFoil, ' shaving further grammes off the boot’s design whilst providing more support in this key area of the boot. 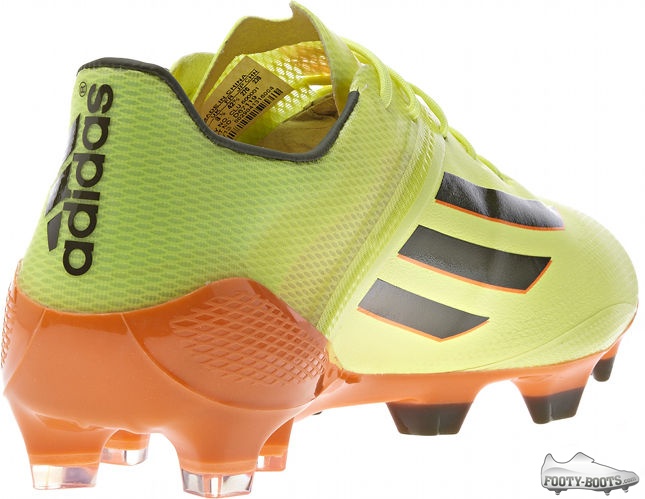 In the engine room, adidas’ SprintFrame undergoes a serious revamp with smaller, triangular studs giving the Traxion 2.0 system a great level of support and grip, whilst allowing for more rotational freedom thanks to that unique layout.

Set to be debuted by Bastian Schweinsteiger, Jordi Alba and the rest of the adiZero stars when the Quater Finals kick off on April 1st, you’ll also be able to pick up a pair on the same day (though it wouldn’t surprise us to see them on some players before then!).

Thoughts on this fresh colour-up from the Three Stripes?

Written By
Kyle Elliot
More from Kyle Elliot
Following a lucrative license with Liverpool and rumblings of a rapport with...
Read More