After the launch of the all-new f50 adizero as part of the There Will Be Haters pack, adidas have officially launched the final of the trio of launch colourways for their newest lightweight soccer cleats – the adidas f50 adizero – Black / Solar Green.

We’ve always got a bit of a soft soot for green football boots (you just don’t see enough of them!), so we’re pretty gassed to be able to show these off.

That said, adidas have been releasing some promotional imagery featuring Karim Benzema in this colourway, so there might be some scope for players to lace them up after the initial launch period has cooled off a little.

And why wouldn’t they? The adidas f50 adizero – Black / Solar Green is certainly a looker, and arguably seems to carry off the ‘Ghost’ graphic upper as well – if not better – as the two other launch colourways.

For those who missed the launch day introduction to the new-gen adidas f50 adizero, then there’s a little to get familiar with on adidas’ latest football boots.

The upper has gone full, single-piece Hybridtouch this time out: the same material as used on the Predator Instinct and Nitrocharge, this soft synthetic is adidas signature upper material and has become known for it’s soft touch and high levels of waterproofing. 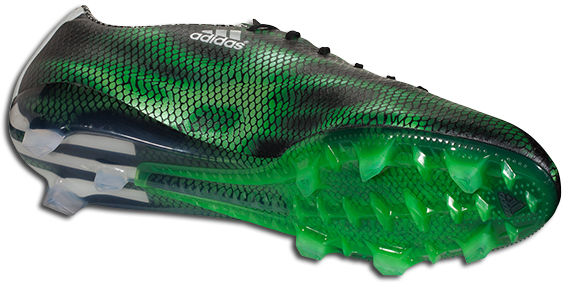 Sitting on top of that is an all-over 3D Dribbletex print. Whilst the Hybridtouch upper has a leather-like finish, the new f50’s Dribbletex adds a little more friction for more assured adjustments on the ball at high speed.

An all-new traction plate has been deployed, too. Replacing the SprintFrame from previous models, this new style of traction adds secondary studs inspired by track spikes. 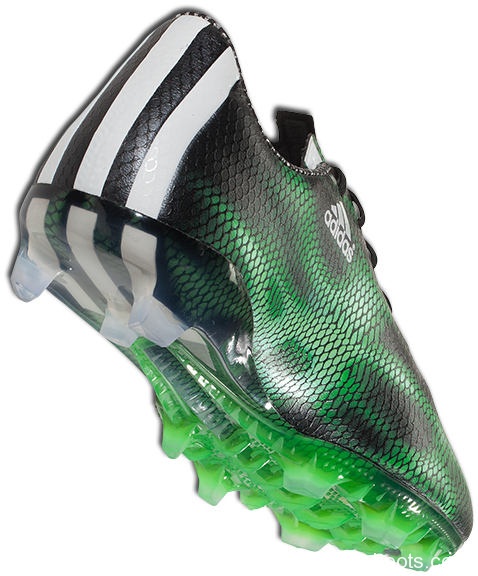 The result is more aggressive grip when the ‘primary’ studs are engaged, improving first-step acceleration and reducing slippage.

Written By
Kyle Elliot
More from Kyle Elliot
The Double-Diamond let loose with their most expressive football boots to date...
Read More