When it comes to the adiZero, it’s easier to recall the colours that they haven’t been in than those it has! But adidas clearly aren’t done with colours for their record-breaking speed football boots, as the adidas F50 adiZero Lightning White/Infrared is one of three released today! 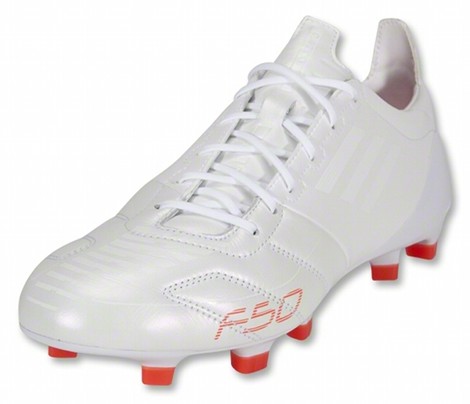 Looking crisp and clean in an all-white upper, there’s a lot to love about the adidas F50 adiZero Lightning White/Infrared‘s minimalist design.

The Lightning White/Lightning White effect makes a fun contrast between the leather upper and printed-design on the upper on the toes, making it much more visible than on it’s recently-release black-out counterparts.

The adidas F50 adiZero Lightning White/Infrared is something of a follow up to the White-Out and Black-out adiZeros that launched after the World Cup last year, except when those two football boots were release, the white-out adiZero was exclusive to the synthetic upper, whereas this time out the Leather upper gets an all-white boot to call it’s own, bringing a nice sense of symmetry to the line.

It’s also worth noting that this colourway will not be available on the super-light adiZero Prime, keeping it exclusively on the marginally heavier adiZero. 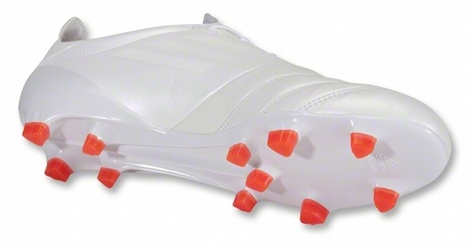 We think it’s worth applauding adidas’ decision to support the ‘standard’ adiZero in the manner it has – rather than making it just another ‘sibling’ boot as Nike have done with the Superfly & Mercurial Vapor, adidas have gifted the adiZero a slew of excellent colourways for those who prefer not to shell out £200+ on a pair of new football boots.

These new' adiZeros are available for Pre-Order this week, with the boot hitting retail officially on June 1st for £149.99/$199.99 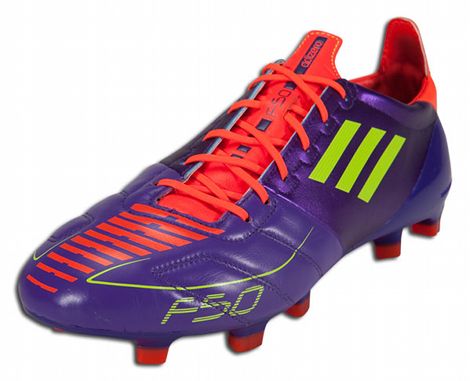 Are you keen on all-white football boots?

Give them a rating on the Boot-O-Meter, or drop us a comment!

Written By
Kyle Elliot
More from Kyle Elliot
Hummel pull out the first big shock of 2012 with a stunning...
Read More