Following on from the success of the Black/Black/Warning adidas F50 adiZero, the German brand bring us the brand new adiZero Black/Infrared/Electricity – exclusive to the synthetic version! 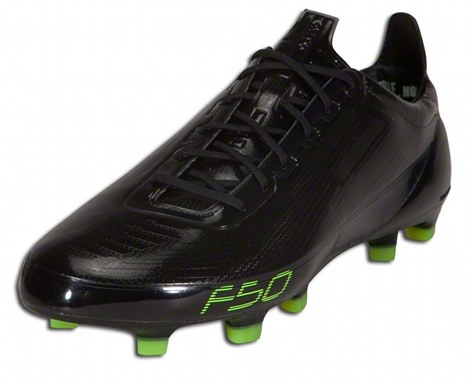 adidas’ colourway designers have been working overtime, churning out new football boots by the barrel-full towards the end of the new season – and as long as they’re this good look, we don’t really mind!

These new adidas F50 adiZero Black/Infrared/Electricity are likely to be very popular amongst fans of adidas’ signature speed football boots, as the sleek all-black upper looks outstanding contrasted to the luminous Electricity studs and F50 branding. 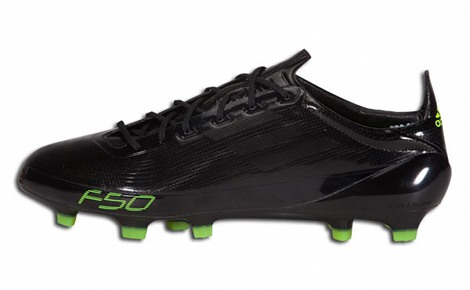 As you can barely tell, the adidas F50 adiZero Black/Infrared/Electricity use a Black-on-black effect to show off the subtle adidas stripes below the ankle, with the futuristic new patterns that are on all the F50’s barely visible on the upper.

Balancing out last year’s leather-only Black/Warning adiZero’s, the adidas F50 adiZero Black/Infrared/Electricity is only available on the standard F50 adiZero in synthetic, meaning that fans of the leather upper-ed version and the adiZero Prime will have to look elsewhere, at least for the time being. 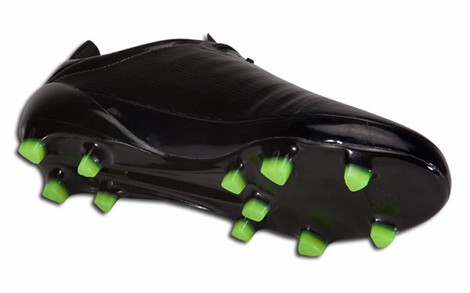 We’ll be very interested to see how many professional players adopt this colourway as the season draws to a close. Despite a great fan reaction, many top-flight footballers opted (or were ‘encouraged’ by adidas) to wear brighter versions of the F50; with only a handful of Championship and international stars choosing this understated model as their football boots of preference.

Despite the lack of on-pitch presence, we know for a fact that the Black/Black/Warning adiZero was a huge commercial success (with a couple of pairs even sneaking into our ‘Shoot Your Boots’) competition, which is likely the reason that adidas thought a ‘follow-up’ in synthetic would prove commercially viable. 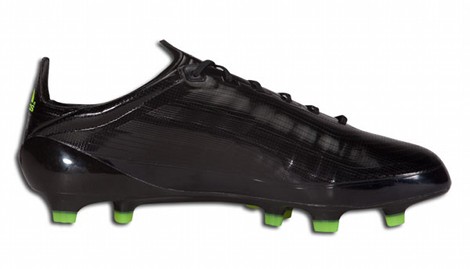 These new adiZero black-outs are available for Pre-Order this week, with the boot hitting retail officially on June 1st for £149.99/$199.99

What do you think of the new adidas F50 adiZero Black/Infrared/Electricity?

Are they a worthy entry into adidas illustrious line of black-out football boots?

Give them a rating on the Boot-O-Meter, or drop us a comment!