One of our favourite things to do here on Footy-Boots.com is to take a look at the more reasonably priced ‘sibling’ football boots that come out as part of a new range. 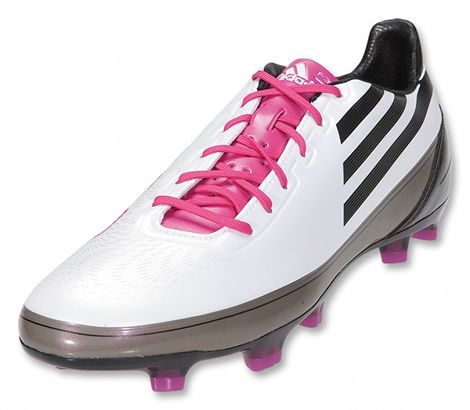 This time out, we’re taking a look at the younger brother of the adidas F50 adiZero, the adidas F30.

In terms of what this boot does the same as a standard adidas F50 adiZero, there’s actually surprisingly little outside of the main aesthetics. The overall shape of the boot and laces are the same as the fully-fledged adiZero – but that’s mostly where the similarities end.

For starters, the upper of these football boots is made from a high-density Poly-Urethane synthetic called SingMax, that’s heavier and less specialised than the revolutionary SprintSkin on it’s bigger brother, but adidas are confident that it still provides a great level of stability, comfort and, perhaps most importantly, touch on the ball.

The sole and chassis of the boot are also substituted for a slightly heavier alternative though adidas have done an exceptional job of retaining the best design queues from the adidas F50 adiZero.

Keeping the much-lauded triangular stud system and the ultra-sturdy mid-foot, adidas swap out the featherweight plastic from the F50’s for a slightly weightier substitute.

As for the big factor, the adidas F30’s weigh in at 255g, which is 90g more than the adidas F50 adiZero. Another factor to consider is that the F30’s are not available with a Leather upper like the F50.

The RRP for the F30 is set at £64.99, which is nearly half that of the adidas F50 adiZero. So tell us, do you own a pair of F30’s? Are these football boots worth the cash? Let us know in the comments!