Continuing their countdown to the World Cup, adidas have created an all-new unified look for their stable of football boots inspired by the lush rain forests of Brazil. 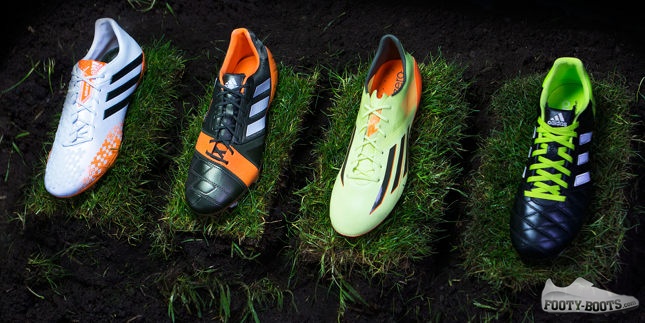 The country of Brazil is famous for its diverse rainforest and the city of Manaus in the centre of the Brazilian jungle will play host to some key fixtures during this summer's 2014 FIFA World Cup in Brazil.

adidas have chosen to reflect this in their latest run of boot colourways with ‘Earth Green’ featuring on all the boots in the Earth Pack range of football boots.

Bright ‘Solar Zest’ also works its way onto three of the cleats in the range, too; serving as both a connection to the Samba Pack that kicked off the World Cup countdown last year and a representation of the colourful flora and fauna that inhabit the Brazilian rainforest.

We’ve already been introduced to the F50 and adiPure in the range thanks to a staggered release schedule, but the Predator LZ and NitroCharge are fresh new looks that we can look forward to seeing on the pitch in the coming weeks. 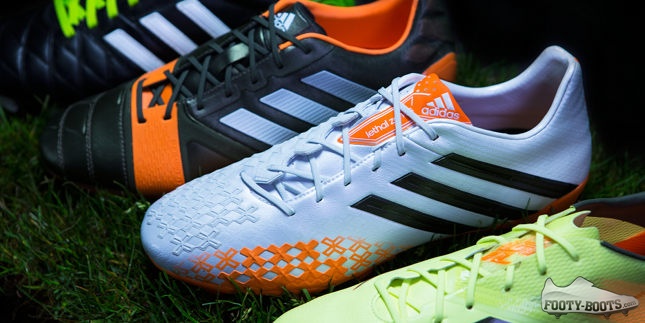 Launching with a UEFA Champions League connection, the Earth Pack boots will debut on April 1st coinciding with the quarter-final stages of the competition.

That means we can look forward to Diego Costa and Gareth Bale pulling on the new F50, Dani Alves and Javi Martinez wearing the Nitrocharge, Oscar and Fernando Torres lacing up the Predator and' Philipp Lahm and Frank Lampard donning the adiPure 11pro. 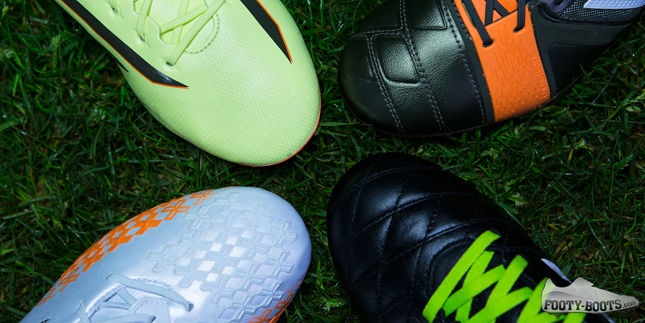 Not only hitting pitches on April 1st, fans can look forward to a same-day release at retailers, with pre-orders open now at many shops – including the Footy-Boots.com store.

So, which of the adidas Earth Pack is your favourite?