Rather than focusing on the big football superpowers for Euro 2008, adidas have decided to focus on some lesser known football teams with the notion that anyone can “Dream Big”, no matter what their ranking.

Kaká, Messi, Gerrard and Beckham are amongst the all-star group of footballers that were sent out, along with their football boots on missions to Andorra, San Marino and the Isles of Scilly (UK) to inspire and coach local teams.

A small number of young boys and girls in the three locations took part in what they thought was a straightforward documentary about football – and were totally unaware of the star players’ involvement. This surprise element led to some extraordinarily charming and real moments between players and kids.

San Marino – being one of the lowest-ranked national teams in Europe – receives specialist coaching and advice from stars such as Kaká, Xabi Alonso and Robin van Persie. The stars work side by side with the young players answering questions and passing on advice. What follows is an intimate, light-hearted and inspiring series of football films. 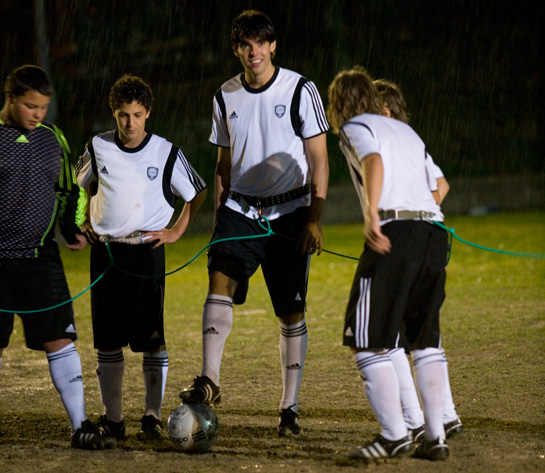 The second location in the series sees adidas stars sharing their knowledge in the world’s smallest football competition. Just two teams make up the Isles of Scilly league and the young players here could really use some outside help. Much to the surprise of the local residents the likes of, among others, David Beckham, Steven Gerrard, Patrick Vieira and Michael Ballack turn up to pass on tips to the islands’ youngsters. 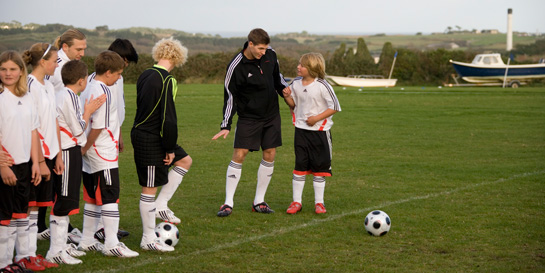 In the third location, a team of talented juniors from Andorra set off on a road trip of a lifetime to the Spanish capital Madrid. Tickled by the idea of helping out the 179th ranked country in the world, Super Coach José Mourinho arrives for a special coaching session with the future of Andorran football, before sending the boys off on their journey. Along the way the boys are met by Lionel Messi, David Villa, Lukas Podolski and Arjen Robben. 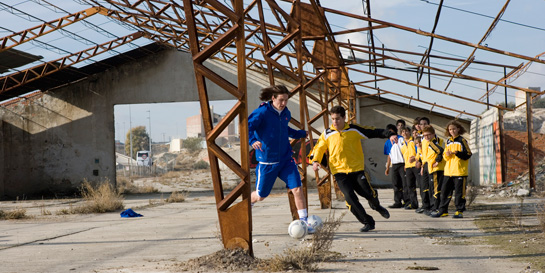 “Dream Big” is what unites the staged players and the kids – both of them having big dreams, being united by their love for football. The campaign also further enhances adidas’ brand statement of ‘Impossible is Nothing’. Even if you come from a small place you can still dream of conquering the impossible.

See the video promo for the campaign.

Written By
Felipe
More from Felipe
Reports that German internationals are already being supplied with the World Cup...
Read More