After a little bit of a wait, adidas have revealed their first round of professional data captured by their revolutionary Speed_Cell on board their adidas miCoach F50‘s, with Dani Alves the first to have his statistics made public. 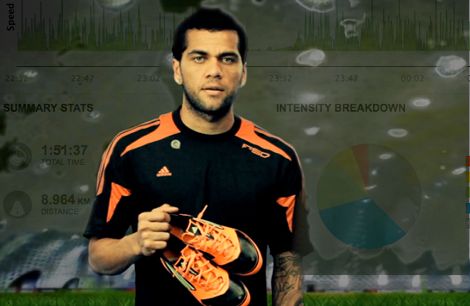 Widely regarded as one of the best full-backs in the world, Brazilian Alves becomes the first professional player to have the data captured by his football boots made available on adidas’ miCoach platform.

Captured during Barcelona’s 2-2 draw in the Copa del Rey with arch-rivals Real Madrid, Alves data is online as of today – allowing fellow miCoach users to compare metrics like top speed and distance covered across 90 minutes, and more static football fans to check out the effort put in by a top professional in 90 minutes. 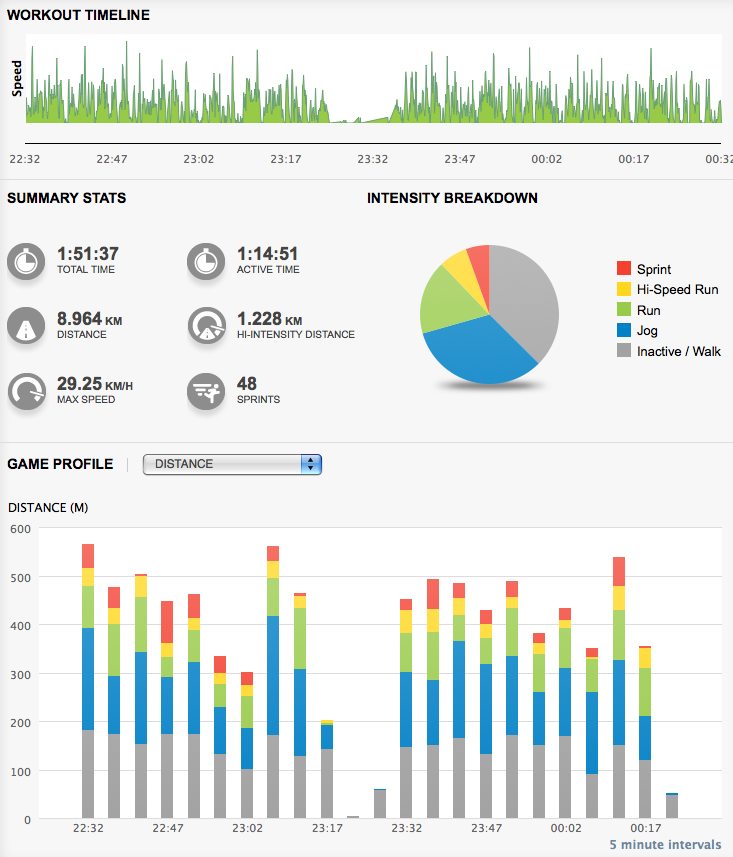 An interactive version of the data is also available on the miCoach website.

– Dani’s maximum speed was a 29.25 km/h – an impressive speed against formidable opposition.

– He reached his red sprint zone 48 times during the 90 minutes.

-The intensity breakdown shows that Dani’s hi-intensity distance of 1,228 m – the distance he covered in the yellow and red zones – was as often in his red zone as his yellow zone. This demonstrates that his change of pace and 90-minute stamina are potent weapons on the right-hand side for his team.

– It also shows that Dani is always on the move and causing problems for the opponents’ left wing, racking up a distance of 8.964km during the match.

Now that Dani Alves has kindly set us good benchmark to work with, we want to find the fastest football boots fan in the world! 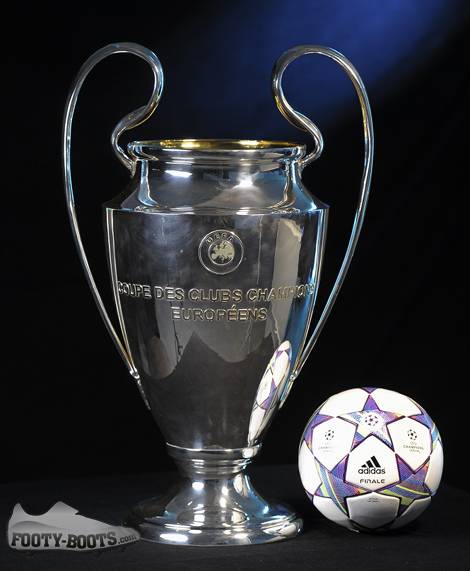 So, we’re giving away a new Champions League Finale ball to whoever is the fastest member of the Footy-Boots.com work-out group on miCoach.com at the end of February.

How? Easy (providing you have a miCoach Speed_Cell!)

4. Fastest player at midnight on February 29th takes the spoils!

What do you think of Alves’ stats?

Does his top speed surprise you? How about distance covered? Let us know in the comments!