After testing the water with the White Copa Mundial released in September last year, adidas have gone the whole hog with a collection of limited edition Copa Mundials in the ‘Samba’ colourways that currently dominate the rest of adidas’ boots.

A white boot was a step too far for many Copa aficionados, so it’s to be hoped adidas have informed local medical authorities across the world that they’re dropping this batch of multicoloured Copa Mundials today, as there might be a few cases of fainting across the boot world upon copping a look at these. 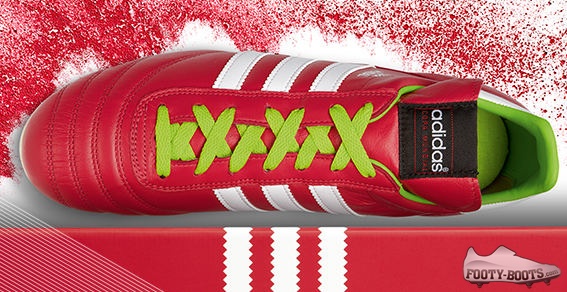 Sure to divide opinion, it’s appropriate that one of adidas’ several boots named after the World Cup are brought in on the act when it comes to marking the big occasion. And – even better – as limited editions, it’s not like we’re going to see the classic Copa Munidal marginalised by these brightly-coloured one-offs. 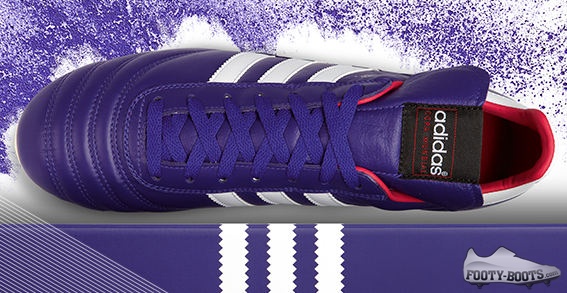 Released in 1982, the Copa Mundial is the best-selling football boot of all time, selling over 10million pairs worldwide and has been worn by some of football's greatest names including: Franz Beckenbauer, Michel Platini, Zico and Karl-Heinz Rummenigge.

The craftsmanship of the Copa Mundial is of the highest standard, and was the last revolutionary product innovation created by the founder of the adidas brand, Adi Dassler. The sporting goods legend had been involved in the early development of the original Copa Mundial before he passed away in 1982. 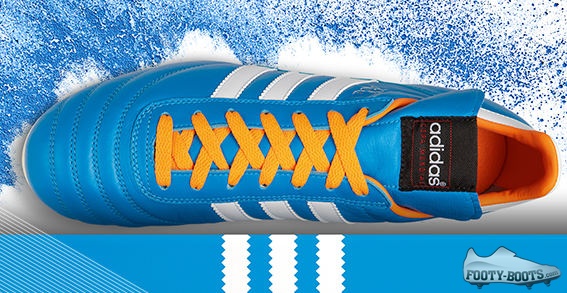 The adidas' Copa Mundial' is designed specifically for firm ground pitches, and has an outsole constructed of dual-density direct injected Polyurethane with moulded studs. From the classic extended leather tongue down, the boot boasts a kangaroo leather upper section made from the softest K„leather available.

Additional leather provided on the heel, intended to improve durability and stability, provides excellent control and touch, whilst offering superior comfort. The new colour range will provide players with the opportunity to wear a classic boot but with a modern twist. 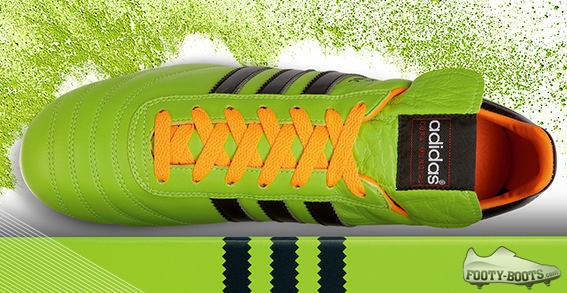 One thing that’s sure to unite traditionalists and modernists alike is the price; at £145 a pair, the Samba Copa Mundials boast a significant boost in price over the standard black pair.

That said, as limited editions, we’re sure the price will as much of a one-off as the colour-schemes rather than a sign of things to come from the Three Stripes. 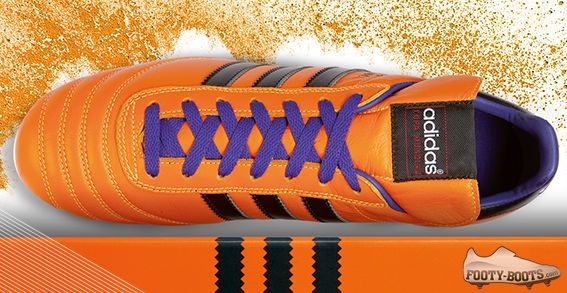 Available from today with each colour presented in a matching box, let us know if you’ll be picking up a pair in the comments below!

adidas Copa Mundial Limited Editions – Inspired by Brazil, 9.0 out of 10 based on 19 ratings https://www.footy-boots.com/wp-content/uploads/2014/01/adidas-copa-mundial-inspired-by-brazil-limited-editions.jpg

Written By
Kyle Elliot
More from Kyle Elliot
Can we get 50,000 people to persuade Mark Lawrenson to grow his...
Read More