All eyes will be on Estadio Mestalla in Valencia tonight as Real Madrid & Barcelona go head to head for their first possible piece of silverware this season; the Copa del Rey. 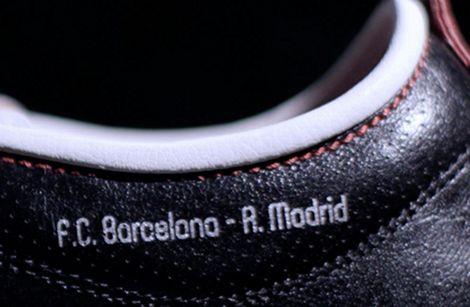 And whilst teams in the previous rounds have been free from any form of equipment sponsorship (meaning they can use whichever footballs their club sponsor provides) adidas are keen to mark the final with it’s signature three stripes in every way possible!

Not only is adidas’ fantastic Speedcell going to be the ball that’s involved in all the big moments tonight, adidas are pushing their sponsorship of all the big name players that they have attached to Spain’s two biggest teams.

Of course, what adidas are likely most proud of is how many of the biggest players in the two teams wear their football boots, with the likes of Messi, Xavi, Alves and Villa for Barca and Alonso, KakÄ‚Ë‡, Di Maria, Adebayor and Benzema for Los Merengues.

Which is exactly why adidas have sent over some nice snaps of the custom-printed football boots they’ve lined up for their top men for tonight’s game; whilst nothing spectacular or revealing, there’s definitely something pretty special about seeing these top players boots in close-up detail.

Still rocking the high-vis Warning Orange launch colourway of the newly restyled adiZero,these are the boots the Madrid Defence are going to have to keep a close eye on toight as Messi’s feet can make them do some pretty unbelievable stuff!

Messi’s customisation is clean and simple, keeping it down to just his name and number on the heel counter of his football boots’ SprintFrame.

Another player sticking to the launch colourway; Xavi Alonso is definitely one of the players that epitomises the adiPure line; never rushed on the ball, confident and still tough enough to take (and dish out!) rough challenges.

Something else the former Liverpool man has in common with Messi is his taste in customisation, keeping it down to his name and Real Madrid squad number. However, the World Cup winner will also have a small ‘F.C. Barcelona – Real Madrid’ on the opposite ankle to mark the occasion (seen at the top of the post)!

Sporting the new adiZero in White/Cyan/Pink, these are definitely a pair of football boots that you need confidence to wear; alas, confidence is what the Spain striker is lacking of late! We’re no experts, but we’d have to guess bagging a goal or two in a cup final (held at Villa’s old Valencia stomping ground) would be just the tonic for the pacey frontman.

David’s ‘D&P Villa’ personalisation is a reference to his and his wife Patricia’s initials, something that Villa has been doing for many years with every pair of F50’s he has worn.

Since carving his niche out in the Real Madrid squad as one of ‘Mourinho’s men’, di Maria has proven to be a perfect counterweight to Cristiano Ronaldo on the opposite side of the Madrid midfield. 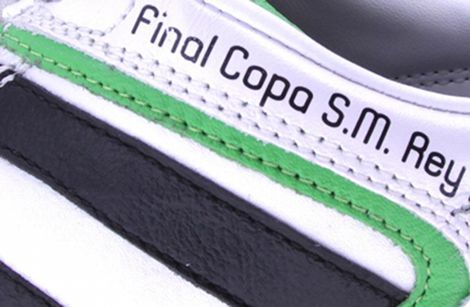 The speedy wide-man’s choice of football boots is also something of an opposite to the lightweight Superfly III of his team-mate – favouring the powerful Predator_X with his parents’ names on the collar. Along with Alonso, Angel is the only other player to have a commemorative inscription; ‘Final Copa S.M. Rey’. 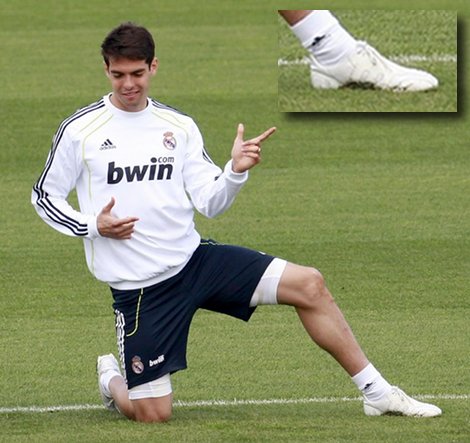 We know that you’re probably sick of shots of the adidas ‘now-officially-the-worst-kept-secret-in-the-world-of-boots’ adiPower Predator, but we loved this photo of KakÄ‚Ë‡ rocking out in his new boots so much, we had to include it!

Let us know in the comments what you’d have on your boots to mark the occasion!

Or tell us who you think will walk away with the Copa del Rey tonight!