Bringing all of the fun of the festival to the football pitch; adidas have revealed the adidas Carnaval Pack football boots, with the objective of creating four football boots sleek and colourful enough to grace any stage.

Taking inspiration from the legendary celebrations that attracted locals and tourists alike to the country’s biggest hotspots this last weekend, the adidas Carnaval Pack' is a dazzling combination of bold graphical prints, shimmering finishes and distinctive colour clashes that command attention like few other football boots.

Evolving the pallet of colours that graced the Samba pack last year, each of adidas four main silos are decked out in colours, finishes and materials that are completely fresh for each and packed with indomitable flair.

The nitrocharge is an all pink boot with a stunning blue paving pattern on the heel. The predator is all blue featuring a distinctive green on the back. 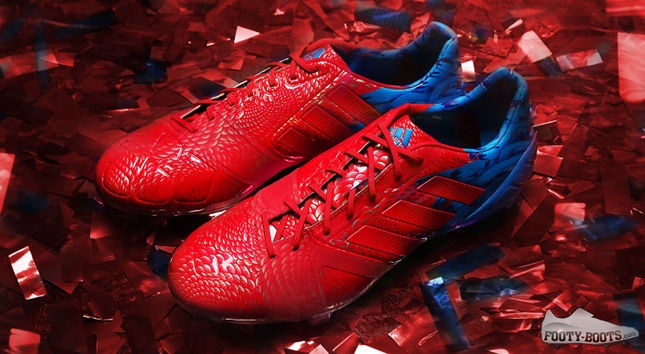 The 11pro is green with a striking orange patterned heel and the adizero f50 is all orange with a vibrant pink on the back.

Each boot in the adidas Carnaval Pack' is finished off with a reflective layer that mimics the ticker-tape that falls from the sky and settles on the streets during the Rio festivals, whilst feather motifs on the heel of three of the boots are inspired by the plumage on the colourful costumes worn in the parades.

' Ĺ›For the Carnaval Pack we wanted to make sure we brought all the freshness and excitement of the Brazilian Carnaval to the boots.

Regardless of the individual features each boot has, they all connected together and were effectively part of a pack, and with the Carnaval pack we feel we have achieved this.ĹĄ 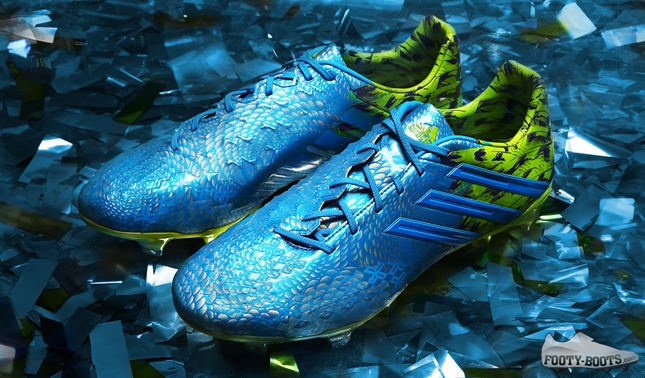 You might notice some design distinctions on each of the boots too, at least here on the promotional imagery.

The adipure 11pro is entirely synthetic, whilst the Nitrocharge and Predator pare back their trademark energysling and Lethal Zones to printed elements to accomodate the print, making these some truly one-off editions.

We might hazard a guess then, that these tweaks make them less performance boots and more artistic collectors items; with the exception of the f50 which might well be as at home on the pitch as would be on a plinth in a gallery or on a catwalk.

That said, the Carnaval Pack' are due to be seen on pitch during Brazil's friendly against South Africa this week

Retailing from today, you can snag the adidas Carnaval Pack' from selected stockists or the official adidas store.

Written By
Kyle Elliot
More from Kyle Elliot
Have Puma released the single most outrageous football boots ever? It's up...
Read More