For every upcoming football tournament, there must be a new match ball – so it is written, so it shall be done. In accordance with that ancient convenant, the official ball of the FIFA Confederations Cup 2013 has been revealed; introducing the adidas CAFUSA. 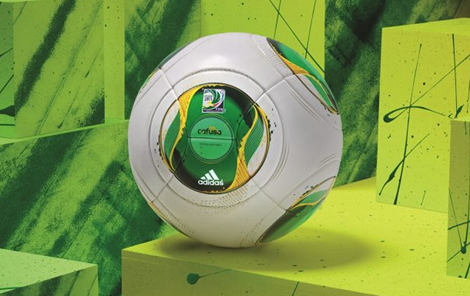 If you’re wondering about the name, adidas say that CAFUSA is created from a trifecta of ever-present symbols in Brazilian culture: Carnival, Football and Samba.

Baring the colours of the national flag of Brazil, the CAFUSA is a particularly handsome looking piece of football equipment, with a mainly-white casing splashed with dynamic flashes of Green and Yellow.

From a technical standpoint, the adidas CAFUSA again uses the Tango 12 base that has proven so successful for adidas since it’s introduction earlier this year. 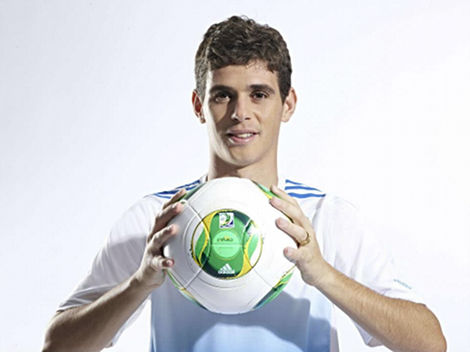 That means the 32 thermally-bonded panel returns, along with a granularly-textured casing for improved grip in all conditions will be used on pitches in Brazil next summer – just as it has been in Poland, Ukraine, London, Germany, Japan and many more with very little complaint.

FIFA’s big showpiece event this summer, the Confederations Cup always takes place the year before a World Cup, as a means of testing the host country’s infrastructure ahead of the arrival of 31 other teams the following year. 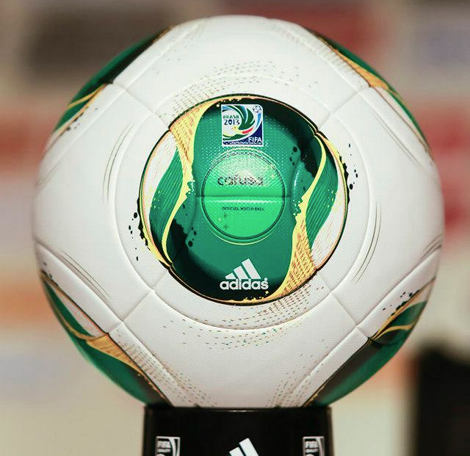 The 2009 Confederations Cup threw up some surprising results and was great to watch, and with Spain, Italy, Mexico, Japan, Uruguay, Tahiti and the winners of this winter’s Africa Cup of Nations joining hosts Brazil for two weeks in June, we could be in for another treat.

Football boots fans will remember the fan-favourite ConfedCup Predator PowerSwerves from four years ago, and will be hoping for another limited-edition release from the three-stripes to match the CAFUSA on the pitch!