In a bold contrast to the standoffish ‘Haters’ pack drop from last month, adidas are kicking off March with a more refined flavour for their four main football boot ranges.

The adidas Black Pack football boots bring all-black uppers, soleplates and laces to the new f50 and 11pro for the first time, whilst refreshing the Predator and Nitrocharge with a fresh blackout option. 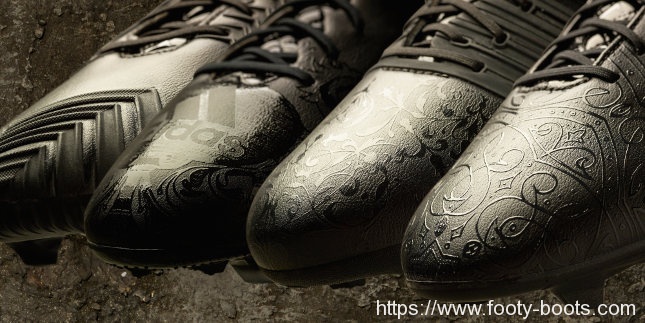 You might well have seen some pre-release imagery referring to these as the ‘Knight Pack’ – a name which adidas seem to have dropped during development.

This name refers to the unique graphical call-outs that grace each boot in a different way, with different boots carrying different inspirations.

Either way, it’s certainly something different from the Three Stripes, adding medieval-inspired patterning to modern football boots definitely does have a certain cool vibe to it. 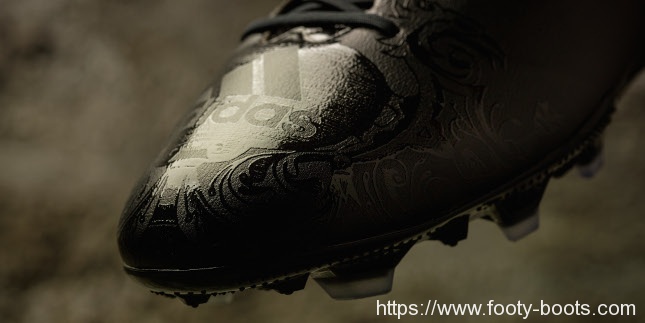 The adidas f50 adizero is decked out with a “Fleur de Lisse” design is inspired by French knights.

The 3D dribbletex layer on the upper allows for better speed dribbling in wet or dry conditions while the grip texture, stud configuration and second level of traction on the forefoot base provide maximum manoeuvrability. 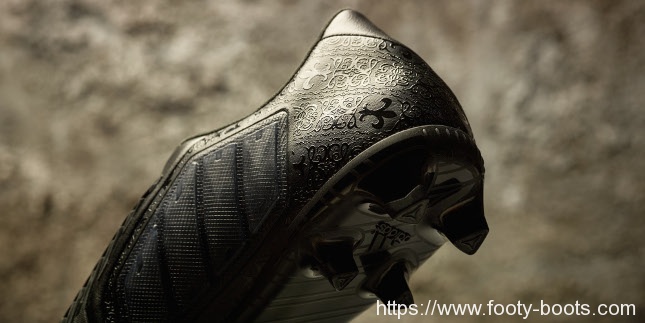 The new design of the Predator features a Tudor Rose inspired by British Knights.

The 3D engineered SL rubber zones, combined with the engineered gel pod, provide optimal grip on the ball and an enhanced capability for precision passing, while the revolutionary control frame provides ultimate contact with the ball. 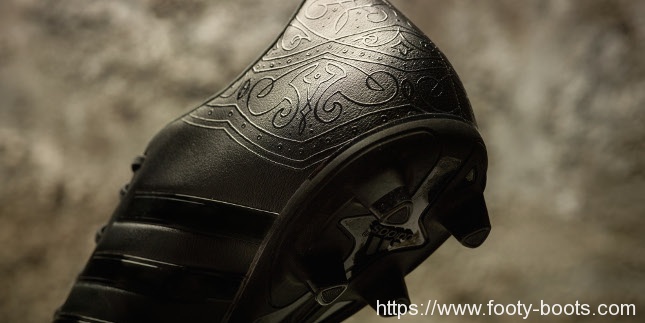 The 11Pro is the epitome of comfort. The skeleton in the heel and forefoot offers a perfect fit and increased stability.

As part of the adidas Black Pack football boots, the new 11pro swaps out K-Leather for Hybridtouch to ensure the graphic retains it’s durability. 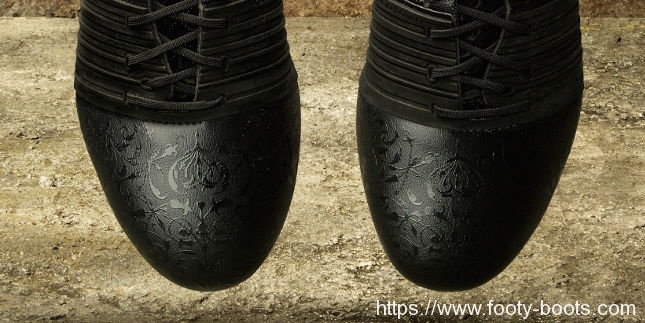 Nitrocharge is the perfect boot for “The Engine”, box-to-box, all-action player. The new Black Pack boot incorporates design elements from the renaissance in a striking new look.

Energy-sling technology has been used alongside an increased area of protection pads and protection mesh to provide unrivalled stability.

Whats your take on the adidas Black Pack football boots?

adidas Black Pack Football Boots, 9.6 out of 10 based on 12 ratings https://www.footy-boots.com/wp-content/uploads/2015/03/adidas-black-pack-football-boots.jpg

Written By
Kyle Elliot
More from Kyle Elliot
All the attention was on the FA Cup this weekend as Newcastle...
Read More