adidas said in their mission for Battle Pack football boots that each boot much be split exactly 50% white and 50% black; we’re unsure, then, whether it’s just happy coincidence or by design that the opinions of people over adidas’ World Cup releases are just as equally divided!

But, like ’em or not, the adidas Battle Pack is here for the summer and, to us at least, we can’t wait  to see more of them.

Thankfully, adidas are showcasing each of the boots in a unique and interesting way. For the next week, they’re showing off some of the design sketches that birthed the Battle Pack, boot by boot.

A boot designed to embody energy the Nitrocharge is all about that box-to-box, never say die attitude.

From riding out a (or dishing out) a heavy challenge, to suddenly changing the momentum in your team’s favour, adidas looked at the recurring patterns of animals native to Brazil, such as the Crocodile and Armadillo, to develop the pattern used on the Nitrocharge.

In the images below, you can see that pattern tested, chopped and inverted before arriving at the final boot. 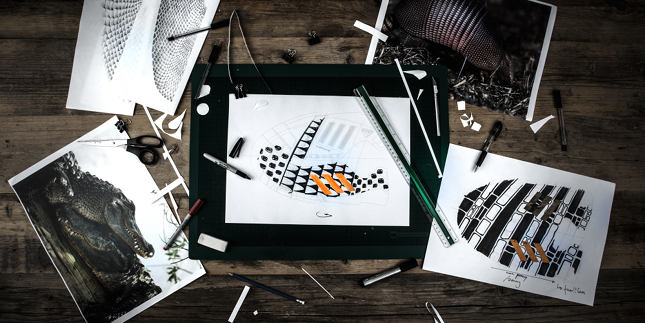 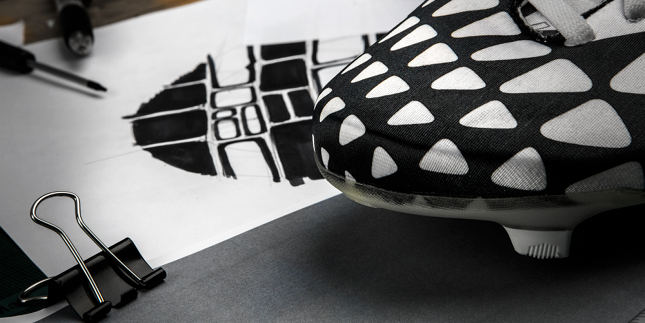 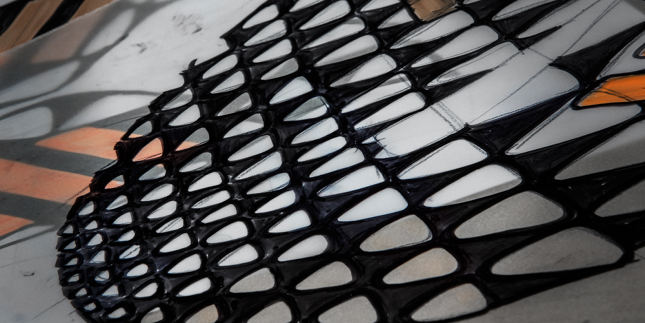 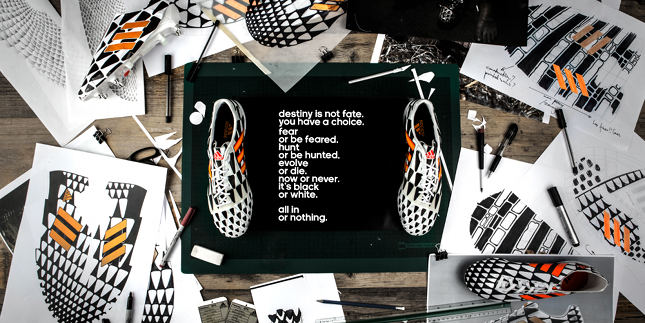 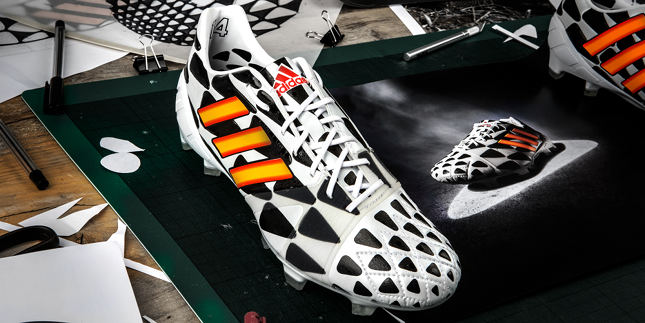 Written By
Kyle Elliot
More from Kyle Elliot
Puma take the King back to basics on it's second official colourway!
Read More