Football boot brand Adidas has unveiled the new adiPURE line of football boots in Yokohama. First to receive his adiPURE football boots was AC Milan and Brazilian midfielder Kaka. The extremely classic and highly elegant black & white handcrafted football boots were presented to Kaka in a bespoke black marble shoe box. Kaka’s personal advice for all passionate football players and the tag line for the adiPURE football boot “Only when you have a true feel for the ball can you truly make it do what you want” will be featured on all adiPURE shoe boxes. 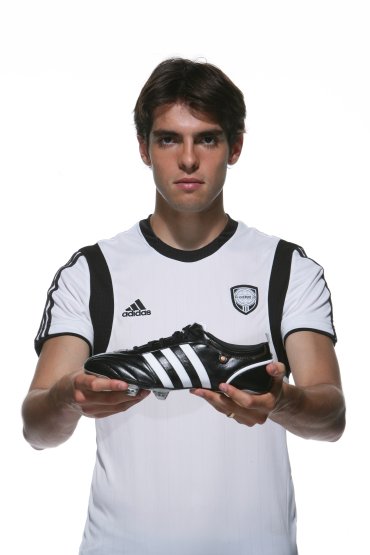 At the heart of this new football boot made of fine, shiny leather is incredible elegance. The name “adiPURE” symbolizes the main features of the handcrafted football boot: simplicity, naturalness and elegance. The key benefits of this football boot are its fantastic fit, high-quality materials, soft leather, and pre-moulded sockliner which provide outstanding comfort as well as an excellent, natural feel for the ball. adiPURE football boots in black/white and white/black, together with matching apparel items, will be available at retail from the end of January.

Written By
Felipe
More from Felipe
Kolo Toure's brother Yaya, has explained that he rejected calls from Arsenal...
Read More