Adidas are still churning out flavours of football boots – even after the reveal of their exclusive Champions League edition boots! Next off their conveyor belt is this impressive adidas adiPure III in White/Black/ Poppy Red. 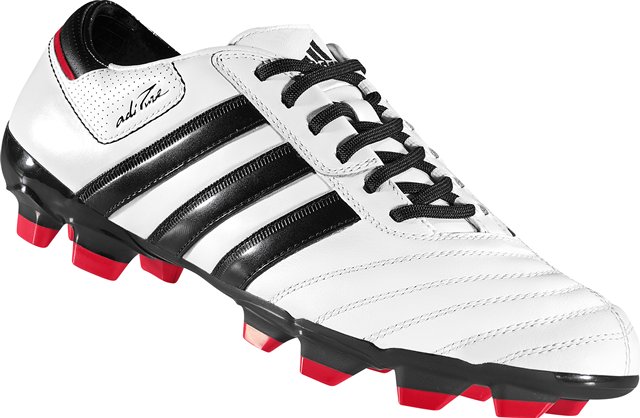 This latest offering from adidas have a very classic feel about them, which is unusual as you don’t seem to get too many white football boots with black and red accents.

The poppy red studs definitely get the thumbs up from us, as does the black and red trim around the ankle cuff – and we love the contrast and attention to detail by including black laces with the boot!

We certainly think these football boots will prove very popular over the next season, as the boot perfectly matches the kits of many of the biggest clubs in Europe, such as AC Milan, Bayern Munich and Manchester United – we can’t wait to start seeing it on pitches the world over in this coming season. 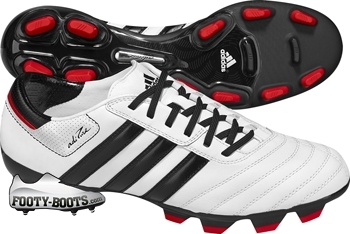 As for the boot itself? We don’t need to tell you how much we like the adidas adiPure III! Adidas did the right thing by re-introducing the tongue to their newest model – giving the cleat a great, snug fit. The soft K-Leather gives the boot great feel for the ball and never feels clunky on your feet, unlike some ‘classic’ football boots!

These boots are still a ways off release, not hitting shops until early August meaning you’ve got plenty of time to mull over if these are going to be your boots of choice for next season!

Written By
Kyle Elliot
More from Kyle Elliot
It's the Return of the King in a stunning new White /...
Read More