Just when you thought last month’s adidas boot-splosion was over, it turns out there’s still some aftershocks to deal with! 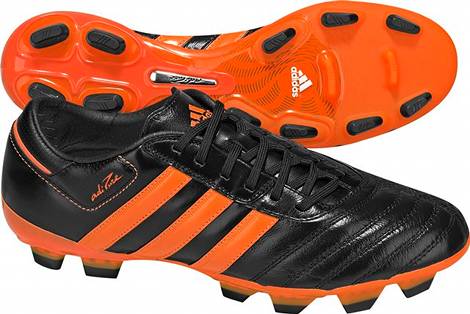 The loudest of which is these new Black/Warning/Warning adidas adiPure III football boots!

Combining the classic black upper, which makes the leather used in the boot look oh-so-soft, with a daring new Warning Orange colour seems a winning combination for adidas, as it really makes the secondary colour of the boot ‘pop’! 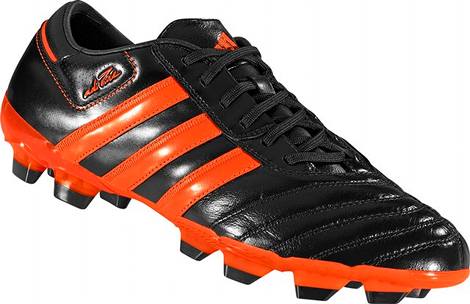 Also, we’re not ones to ignore coincidence – does anyone else think it’s more than an accident that adidas have launched these boots just as Holland are hitting a rich vein of form?

Orange or Gold has traditionally been a unusual choice with many football clubs, such as Wolverhampton Wanderers and Hull City – but many clubs have found a use for the bold colour in their away kits, such as Wigan Athletic last season – so we think there’s definitely a market for these adidas adiPure III‘s.

If the contrast of the Black/Warning/Warning adiPure III is a little much for you, adidas do have a lighter alternative: 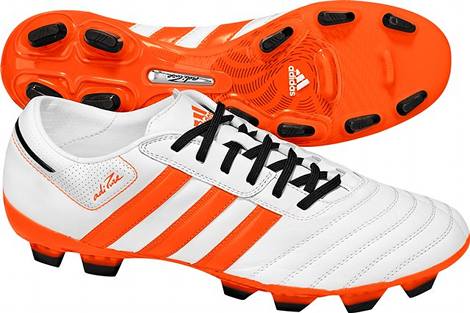 The White/Warning/Warning should be just the ticket for any players that are looking for something a little bit more understated.

We reckon the Warning trim to contrast the white boot will be an awesome choice for any player who plys their trade in a White Kit! 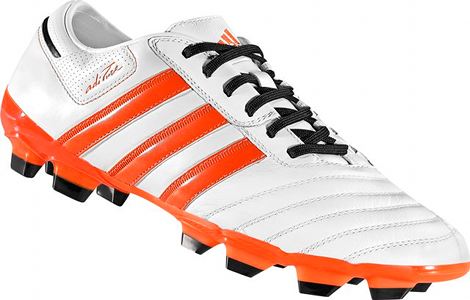 We can’t help but wonder, why all the adidas adiPure III colourways all of a sudden?

Maybe – whisper it – the adidas adiPure IV is closer than we think.

The release dates for these bold football boots is set at the 5th of August, so pretty much bang on a month away.

Written By
Kyle Elliot
More from Kyle Elliot
Cristiano Ronaldo: The Movie? Ronaldinho's Samba-Robics? It can only be more Nike...
Read More