So, with their World Cup boots having been doing the rounds in for a couple of months now, it’s understandable that the guys at adidas are getting itchy feet. 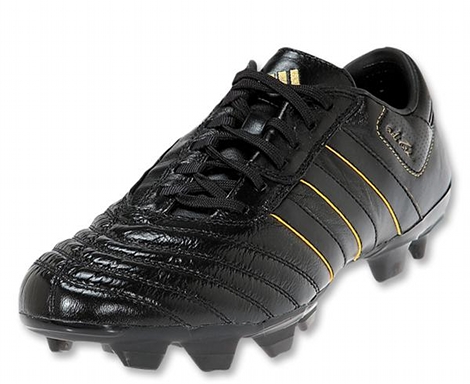 At least, that’s the only reason we can think of that adidas have given us a sneak peek at their first ‘post-World Cup’ offering.

These adiPure’s are clearly in response to all the ‘Sun Yellow’, ‘Mach Purple’ and ‘Fluro Peach’ boots that have been on display recently. Rather than offering up any garish colours to get them to notice you, these adidas adiPure III football boots prefer to sit back and wait for you to notice them. They are just that classy!

One of the nice design touches is that rather than re-colouring the full stripe on the outside of the boot (as adidas have done on all their other adiPure III colourways) they instead have a very sleek pinstripe effect.

As always with the adiPure III, the black leather shows off the softness and quality at play with the leather on the upper. adidas always strives to use top quality materials, and you can tell just by looking at it, that this leather is grade-A – which is really saying something.

As for the players that will be wearing this version of the boot – we reckon this particular colourway will be popular with Kaka, Frank Lampard and Xavi Alonso.

But one player who would really suit them is Diego Milito – not only are they a great match for his black-and-blue Inter Milan kit, but he’ll most likely feel he deserves a splash of gold on his boots to commemorate this bountiful season for Inter! 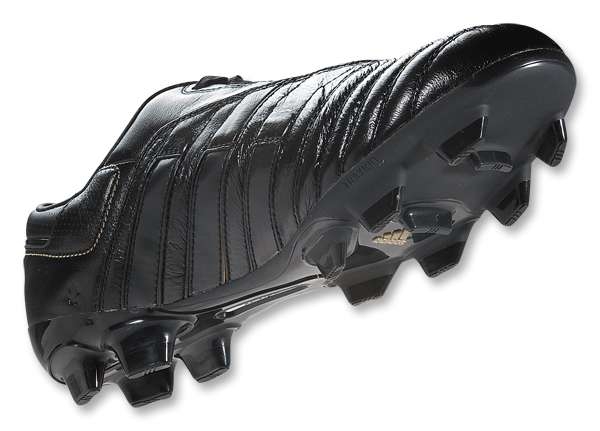 Written By
Kyle Elliot
More from Kyle Elliot
Is this the latest ambush marketing stunt from the German brand?
Read More