And so, at the end of a hectic 6 weeks of filming, we come to the end of our series of Perry Groves video football boot tests.

Such have been his performances in front of the camera, Footy Boots has fielded calls from the likes of Steven Spielberg, Ang Lee and Martin Scorsese all clammering to sign Perry up for new projects. Indeed, we were even contacted by the ‘In and Out’ film company from California but after studying a few examples of their work (37 DVD’s to be honest) we eventually had to turn them down.

Luckily for us, Perry has stayed loyal to his first love, rebuffed the offers from tinsel town and continued on his quest to report back to the Footy Boot aficionados.

Since we started, Perry has tried out the Umbro SX Valor, SprintFit, Tiempo Legend II, V1.08, and Nomis Glove.

And today, in our final film, the former Arsenal legend takes a look at the Adidas adiPURE.

Since Perry made his report, Adidas have brought out a special version of the boot for Euro 2008.

You can see these below and check out Perry’s video of the original here. 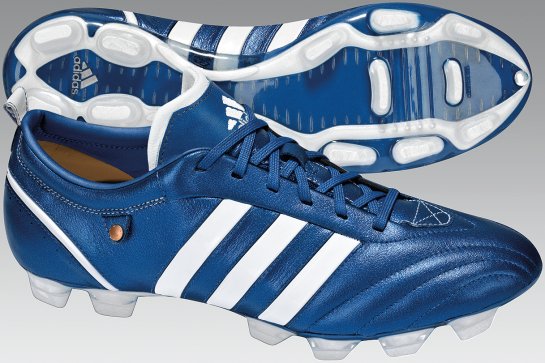 Make sure you keep an eye on the Footy Boot video section for a brand new series of films coming up soon.