adidas seem to have found the right balance between the modern and heritage aspects of the adiPure 11pro since launching this updated version back in November, with players on pitches across the world seen switching to the boots throughout the festive period.

That said, it wouldn’t shock us to see at least a couple more make the switch after seeing this gorgeous new edition of the adidas adiPure 11pro – White / Blue / Black. 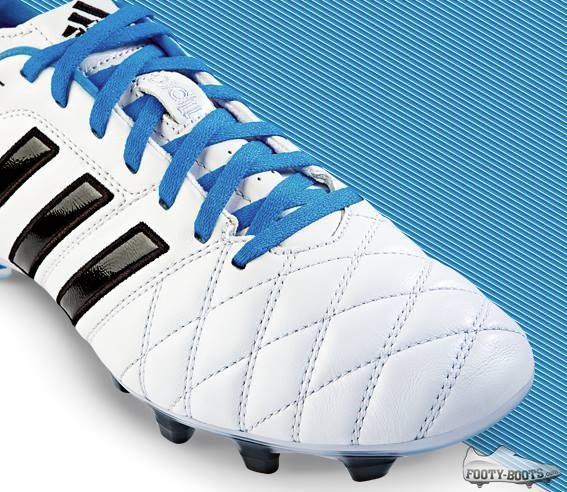 After the distinctive Purple launch colourway as part of the Samba pack, adidas have gone back to basics with the adidas adiPure 11pro' – White / Blue / Black, employing a colour scheme we’ve seen on hundreds of adidas shoes before – with the adiPure IV launching in similar tones back in 2010. 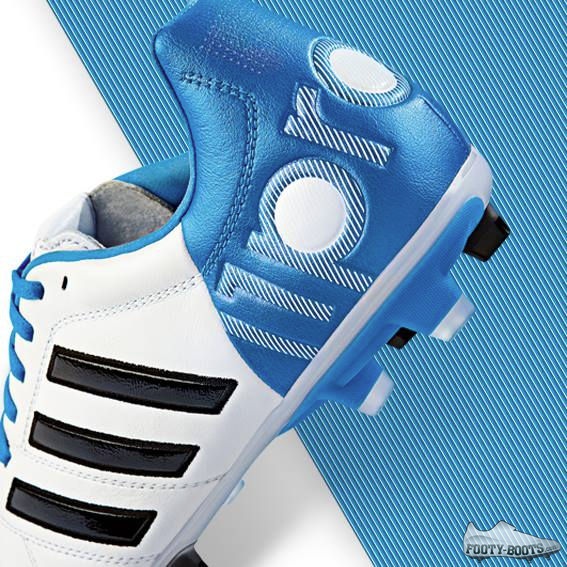 A solid white base is punctuated by the classic Three Stripes in black on both in the instep and lateral sides of the boot, with the bright blue used to pick out the heel liner, laces and distinctive 11pro branding on the heel. 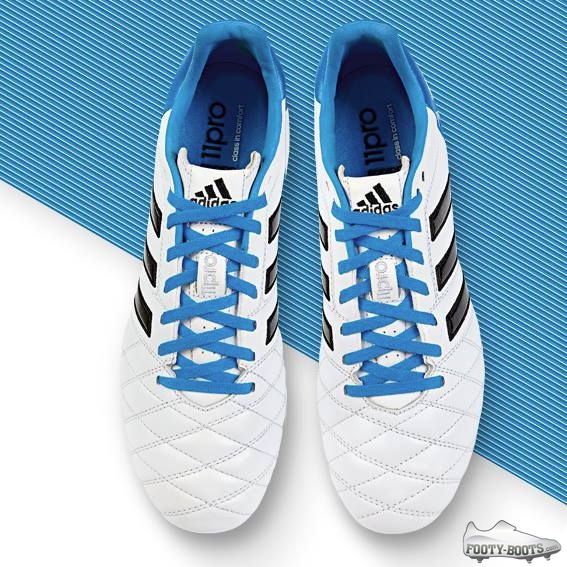 Players seem to be getting on well with the new adidas adiPure 11pro; the fit of the boot is completely different to the last 11pro, with the removal of the midfoot support saddle allowing for a more classic feel – something only enhanced by the more traditional lacing system.

The quilted forefoot has also been singled out for praise by people we’ve spoken to who have picked up a pair. adidas’ decision to back this vital area of the foot with memory foam seems to have paid dividends, providing a positive touch on the ball and cushioned control where it’s needed most. 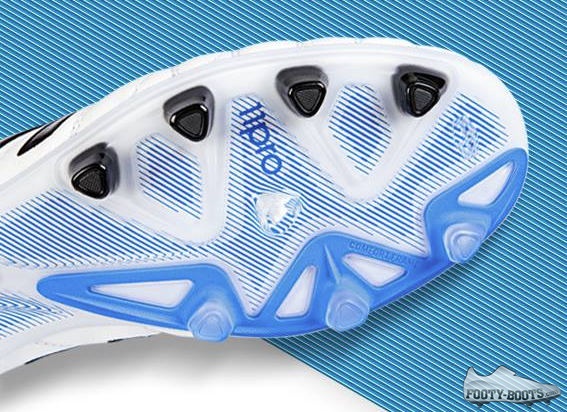 Throw in the new ComfortFrame design on the soleplate, and people don’t seem to miss the miCoach compatibility all that much either.

Classically-styled boots deserve a classic colourway, and in that sense the adidas adiPure 11pro' – White / Blue / Black' kills it for us.

But we want to know what you think! Let us know in the comments or on the boot-o-meter!