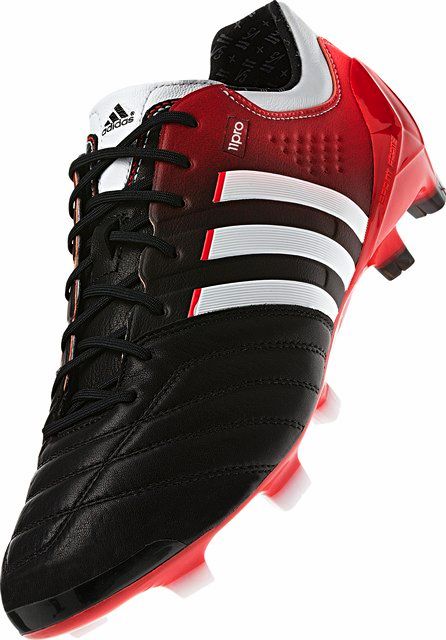 Whilst many were disappointed at the lack of K-Leather on the regular adiPure 11pro, the adiPure 11pro SL rectifies that by adding a full K-Leather forefoot, for an outstanding touch and feel on the ball.

The ‘SL’ part of the name comes from the addition of the same Sprintframe 2.0 system used on the latest version of the adiZero. Utilizing this system, adidas have engineered the adiPure 11pro SL‘s to 180g per boot – making it the joint-lightest Kangaroo leather football boots in the world (along with the Mizuno Morelia Neo).

The rest of the boot is comprised of Sprintskin synthetic for exceptional comfort and support, whilst – as you’ve probably guessed from the sole – miCoach Speed_Cells are supported.

As with previous SL releases from adidas, the adiPure 11pro SL will receive no official on-pitch support, so don’t expect long-time adiPure wearers like Frank Lampard, Bastian Schweinsteiger and the like to step out on to the pitch in them.

What do you think of this latest innovation from the three stripes?

Special thanks to Shakib Arsalaan for submitting us some pics on this one!

Written By
Kyle Elliot
More from Kyle Elliot
Find out why Ronaldo is Nike's Mr. Consistent when it comes to...
Read More