In the world of football boots, nothing quite carries the same respect and weight as the fabled blackout. Which is why adidas are always looking to get on the fan’s good side with stunning monochrome boots like the adiPure 11pro – Blackout.

Having had something of a quiet time since their launch earlier this year, the adiPure 11pro has definitely not made the same impact that it’s predecessors have on the market.

With formerly loyal adiPure wearers like Xabi Alonso and Bastian Schweinsteiger having shunned the latest adiPure for older models (or different boots altogether), it’s definitely time for the 11pro to kick things up a notch, and we reckon these blackouts could be just the boots to do it. 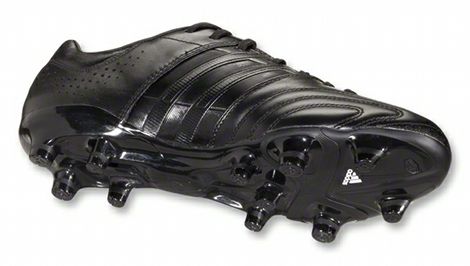 Looking understated, deadly and unquestionably cool, the adiPure 11pro – Blackout follows the recent tradition of adidas releasing a black-out for every generation of adiPure since the adiPure II.

A masterful melding of classic styling and modern technology, the adidas adiPure 11pro is designed to compliment players who value style and class as much as they do performance.

Bringing the SprintFrame across from the F50, the latest adiPure is one of the lightest ever tipping the scales at 232g or 8.2oz.

Also migrating from the adiZero range is miCoach compatibility – allowing anyone with a Speed_Cell to track their top speed, distance covered and more – before wirelessly transferring data to a PC, Mac, iPhone or iPad. 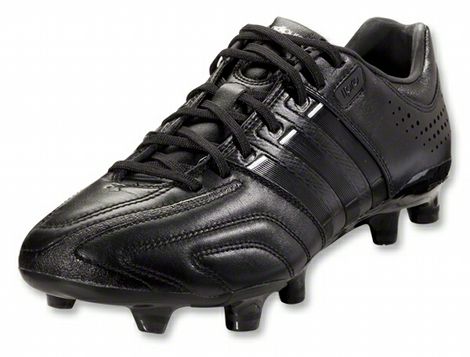