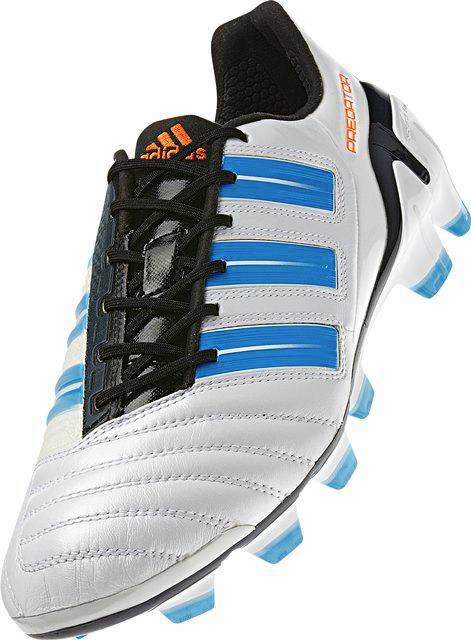 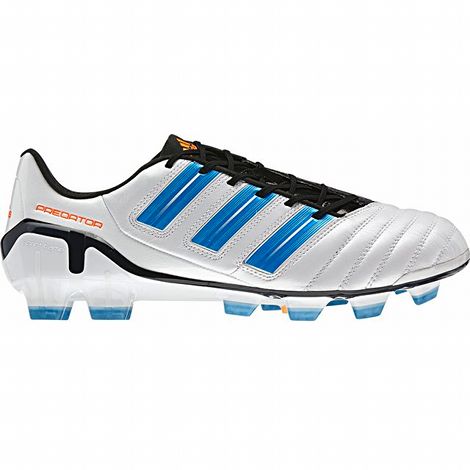 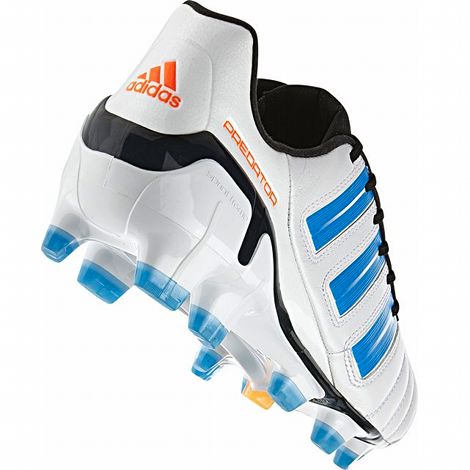 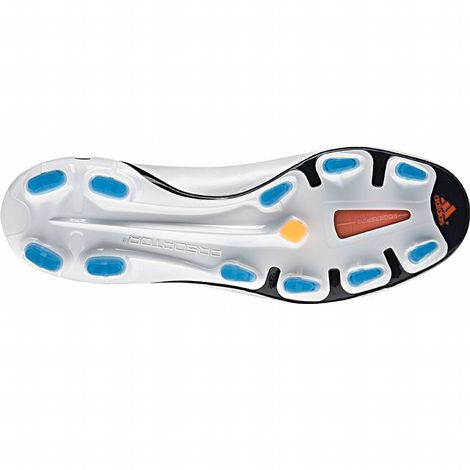 Sharp-minded Footy-Boots.com fans will recognise this colourway from when we spotted it on the feet of Real Madrid supremo Jose Mourinho a couple of weeks ago, and it’s fair to say that it looks even better up-close and personal!

Whilst we’ve seen plenty of White and Blue over the course of the new Predator’s lifespan so far, the addition of some Orange and Black definitely set the' adiPower Predator – White / Cyan / Black apart from the rest of the Predator stable so far.

Overall, we think these are the cleanest, classiest entry into the adiPower range yet – and that’s saying something!

We’ve had the pleasure of testing out the' adiPower Predator and it’s safe to say, they’re some of the best football boots on sale at the moment; comfortable out of the box, and an with array of features packed into it’s lightweight chassis.

The new adiPower Predator – White / Cyan / Black lands early January 2012, and will retail for £155/$220. adidas have confirmed that this colourway will receive no official on-pitch support, but we reckon it’s so good-looking, some players might wear ’em anyway!

What do you think of the adiPower Predator – White / Cyan / Black?

Let us know using the Boot-o-Meter, or drop us a message in the comments; you’ve read this far – you may as well!