It’s very rare that we’re able to get a pair of football boots to review a whole month ahead of release, so when we do, we’ve got to make sure they’re worthy of the honour. We certainly feel that the adidas adiPower Predator, as the biggest launch this year, fit the bill – but are they up to standard? 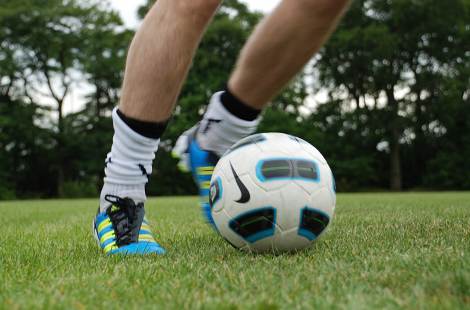 Built around the adiZero’s well-regarded SprintFrame, but with a Taurus leather upper and an exceptionally comfortable lining, the adidas adiPower Predator has a great fit, but is strangely versatile in a way that few other football boots can claim to be.

But that’s not necessarily a brilliant thing; if you’re thinking of snapping up the adiPower when they launch in July, you’re going to have something of a dilemma on your hands.

If you have wide feet, stay true to your size, there’s enough give in the lacing system to accommodate a wider forefoot. However, if you prefer a snug, yet full comfortable fit the adidas adiPower Predator might well be worth going half a size down. 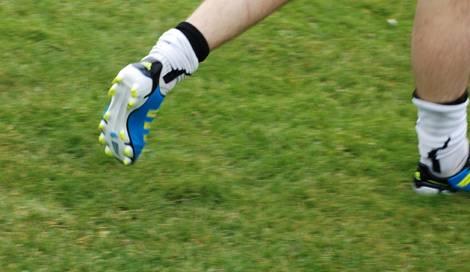 Personally, I’d recommend it – much like the leather adiZero, there’s enough give in the Taurus leather to offer a supreme fit after the leather stretches, and as the adidas adiPower Predator features a focus on control, that feeling of closeness to the ball is highly recommended, if not mandatory.

As for the rest of the cleat, adidas have held steady on their recent good run of well-fitted boots and you won’t find any blistering my toes or heels after some intense sessions in these boots! 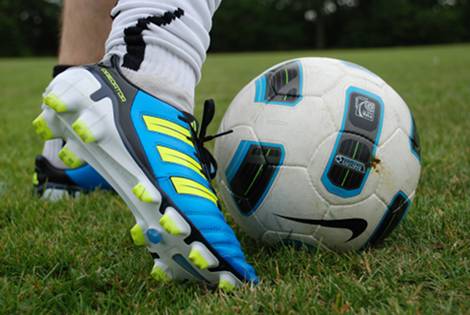 Similar to the Predator_X, the adidas adiPower Predator has a really solid ‘feel’ on your feet, which is great for one-to-one contact with the ball.

The stitching all across the toes is very cleverly designed by adidas on the adidas adiPower Predator, as it ‘traps’ the leather to give a soft touch for receiving on the instep, whereas the toes have a more classic ‘lateral ‘ stitching, that makes the upper thinner and more flexible – which is perfect for last-minute changes of direction and the scoops and stabs that start the basis of any good trick.

I can’t say that I felt the newly-positioned vamps on the instep aided my control in any way, a-lá the CTR360 II’s pass and receive pads. They’re a tiny bit too high for your standard instep receive, but they never got in the way either; the new low-profile element is flexible and lightweight enough to happily co-operate with any of your foot’s movements.

Is there any doubt that this is one of the best-looking modern style football boots adidas have created?

It’s technical without being busy, bright without being gaudy and whilst some have maligned the white soleplate, I definitely think it’s a nice addition to the colourscheme.

The devil really is in the details when it comes to appreciating the design of the adidas adiPower Predator; The futuristic, hexagonal inlay on the heel lining is a great touch, and the carbon fibre-aping design on the tongue brings it into a similar aesthetic language to the adiZero Prime, keeping adidas’ football boots line-up looking as uniform as their new adi-prefixed names. 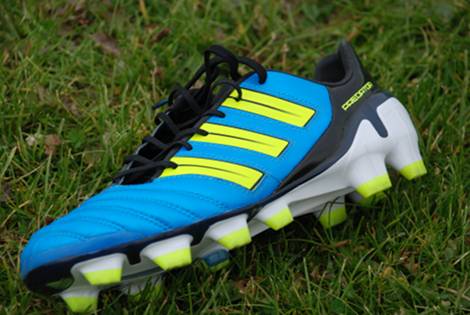 I don’t know whether it’s something that I’m being too harsh on, but the adidas adiPower Predator is just one of those football boots that will never be as pristine as you’d like it to be, even after a single wear.

The Sharp Blue colourway is a sight to be behold when they’re box-fresh, but at the end of the day they are leather – which creases and traps dirt and dust like any other boot – and the metallic edge soon starts to fade. 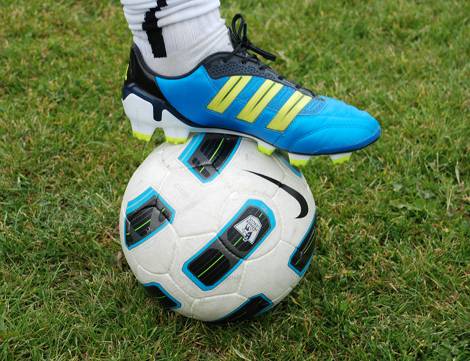 Also, all the FG studs have tiny channels in them, seemingly for no reason, which capture and retain mud, no matter how well you clean them!

On a durability note, the adidas adiPower Predator are one of many top-level football boots that have a plastic ‘lip’ between the sole and the upper. Whilst this is a real godsend for stopping mud getting between the SprintFrame and the Taurus leather and causing it to separate prematurely, this can really take some abuse on older synthetic surfaces if you drag your toes when striking – so if you want your adiPower’s life to be a long and happy one, be mindful of where you play in them! 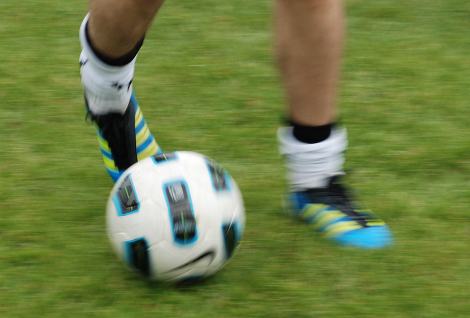 The Footy-Boots.com comments have been alight with people pondering the new Predator element’s placement along the ‘top’ of the instep of the foot. Well, it’s definitely more Predator_X than Predator PowerSwerve, that’s for sure – but it’s not necessarily a bad thing.

The ridges on the ‘stripes’ of the instep offer a more aggressive contact than the dimples of the Predator_X which offers a whole new type of Predator experience on the adidas adiPower Predator. 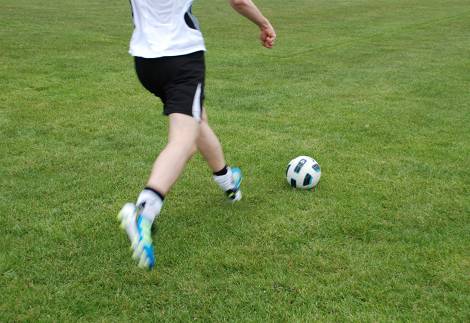 Whilst the boot relies on you to generate your own spin using good technique, the new strikezone and PowerSpine allow you to get some real purchase on the ball when striking with a ‘straight leg’, and can put some vicious dip and swerve on a strike, which I’d compare to the Mukaiten from the Wave Ignitus. 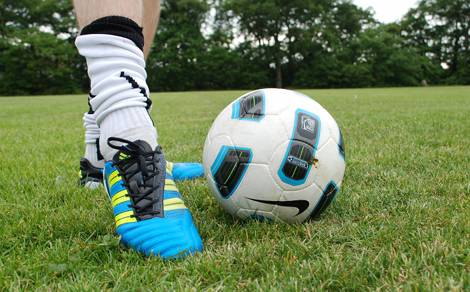 At £155, there are plenty of boots that are cheaper and more expensive, adidas seem to have calculated the mean price of top-level football boots on the market at the moment.

Whilst I still don’t think we should be paying over £130 for any cleat on the market, I begrudgingly am starting to accept that around £155 might well be the new baseline price for an ‘elite’ pair of football boots.

So, the least adidas could do is make them durable, attractive and packed with features. And they have.

So whilst I’m still unwilling to say they get ‘top marks’ for value, what I will say is that you could pay a lot more, and do a lot worse. 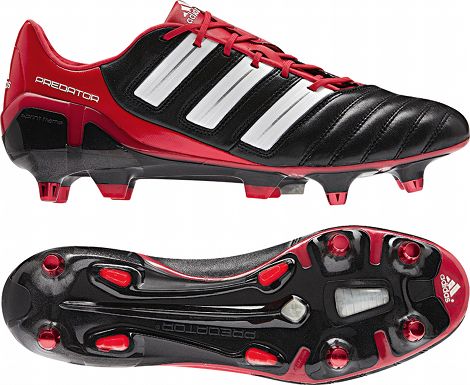 Some football boots suffer from an identity crisis, but the sadistic adidas adiPower Predator revels in it. A new focus on control, but still distinctly Predator. Powerful enough to reward those with a good technique, yet only 5g lighter than the Mercurial Vapor VII.

I do wish the Predator element extended more towards the toes (like the old days!) but the trade-off for such a great all-around boot is just about worth it.

If someone asked me what the benchmark for a modern soccer cleat is two weeks ago, I’d have said the Nike CTR360 II without hesitation. Now, I don’t think I could choose between the two; the adidas adiPower Predator really is that good.