We love the so-called ‘lesser’ football boots in a range, and the adiNova range has to be one of the best ‘takedown’ models money can buy at the moment! 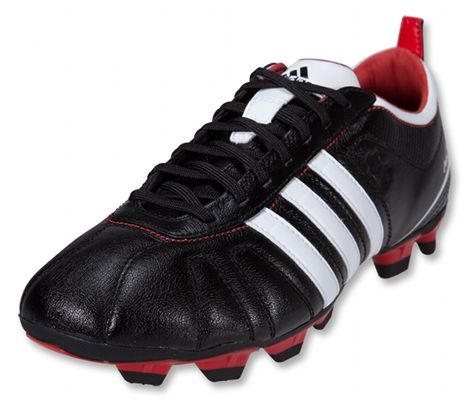 Revamped in the wake of the release of the adiPure IV, the new adiNova IV takes a lot of it’s design queues from it’s bigger brother, including some nice contrasting studs and the ‘further forward’ stripe placement, giving the boots a neater, more classic look.

We’re also fans of how the adiNova IV retains much of the stitching across the upper – especially the toes – that have made the adiPure IV such an instant hit in the comfort department.

Whilst the adiNova IV doesn’t have top-grade K-Leather like the adiPure IV, adidas assure us that the adiNove IV’s full-grain calf leather is the next best thing, offering a great alternative for players who are value a clean touch and durability, without going overboard on cost.

Based on the design of'  adidas’ Traxion system, the TPU soleplate halps to keep the weight of these smart football boots down to under 280g on a UK size 8, which is less than 100g more than most ‘speed’ football boots on the market. 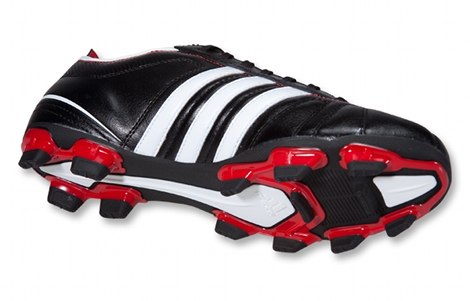 Another feature carried over from the adiPure IV is the EVA foam in the sockliner – whilst it might not sound like much, this foam lining keeps the adiNova IV exceptionally comfortable and stable.

So, that’s what the adiNova IV has to offer players at under £45/$60 – what do you think of these sibling football boots?

Written By
Kyle Elliot
More from Kyle Elliot
The Weekend Review returns from its continental-style Winter break to wrap-up the...
Read More