No Predator? No problem.

Adidas have rolled out their 3rd Generation of Ace and in the most iconic way possible, in a beautiful Black, Red and White colorway. But is the silo an upgrade from the last generation? Let’s go through the different variations and find out just what Adidas is offering with the Ace 17. 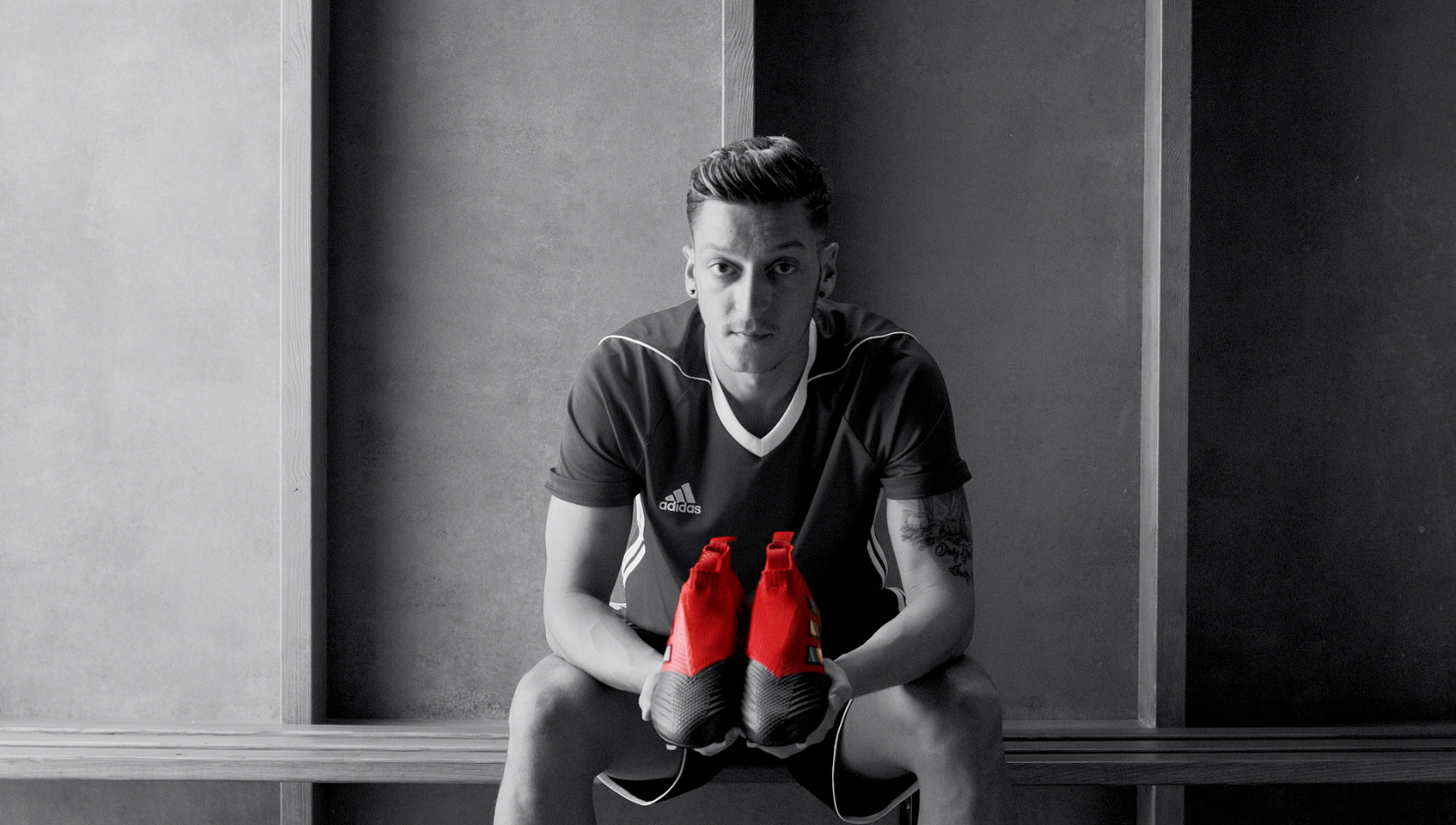 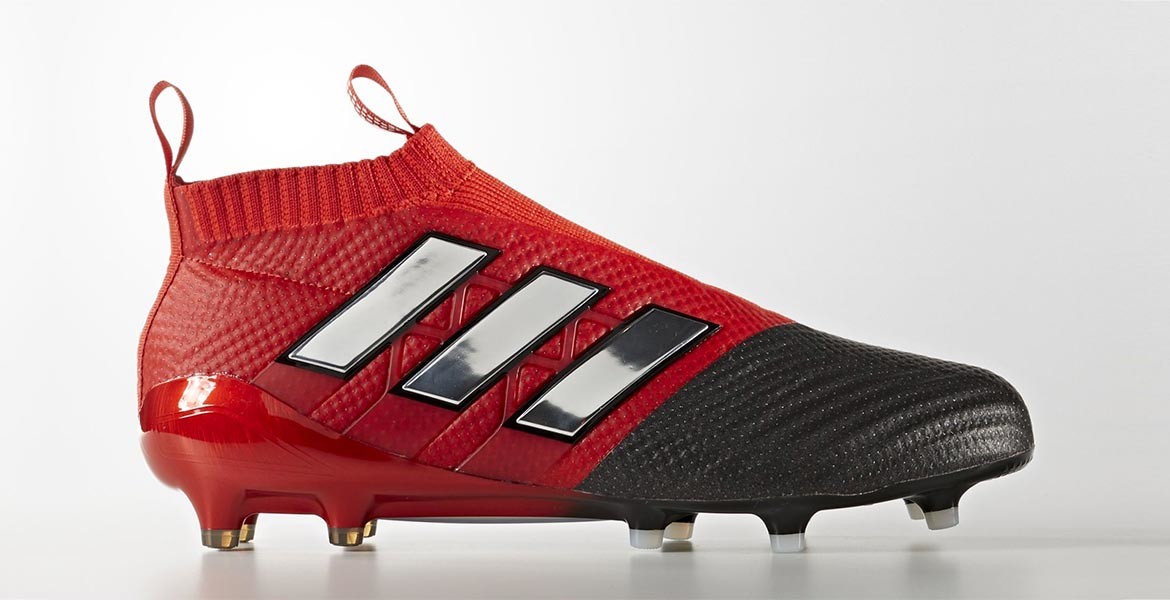 Let’s Start with the big boy, the Elite lace-less PureControl.

I’ll begin by giving the rookies a quick summary of what this boot is all about. Adidas designed and created a boot like no other, one that was made completely from knitted material (Primeknit as Adidas calls it) and a boot that features no laces.

Well to be completely honest, not that much! Adidas has actually only changed two or three major elements. To begin, they’ve modified the Primeknit at the forefoot and toebox giving the material a thinner and softer profile. This part of the boot, colored in black, has had some new grooves added to offer some different texturing and grip on the ball itself. 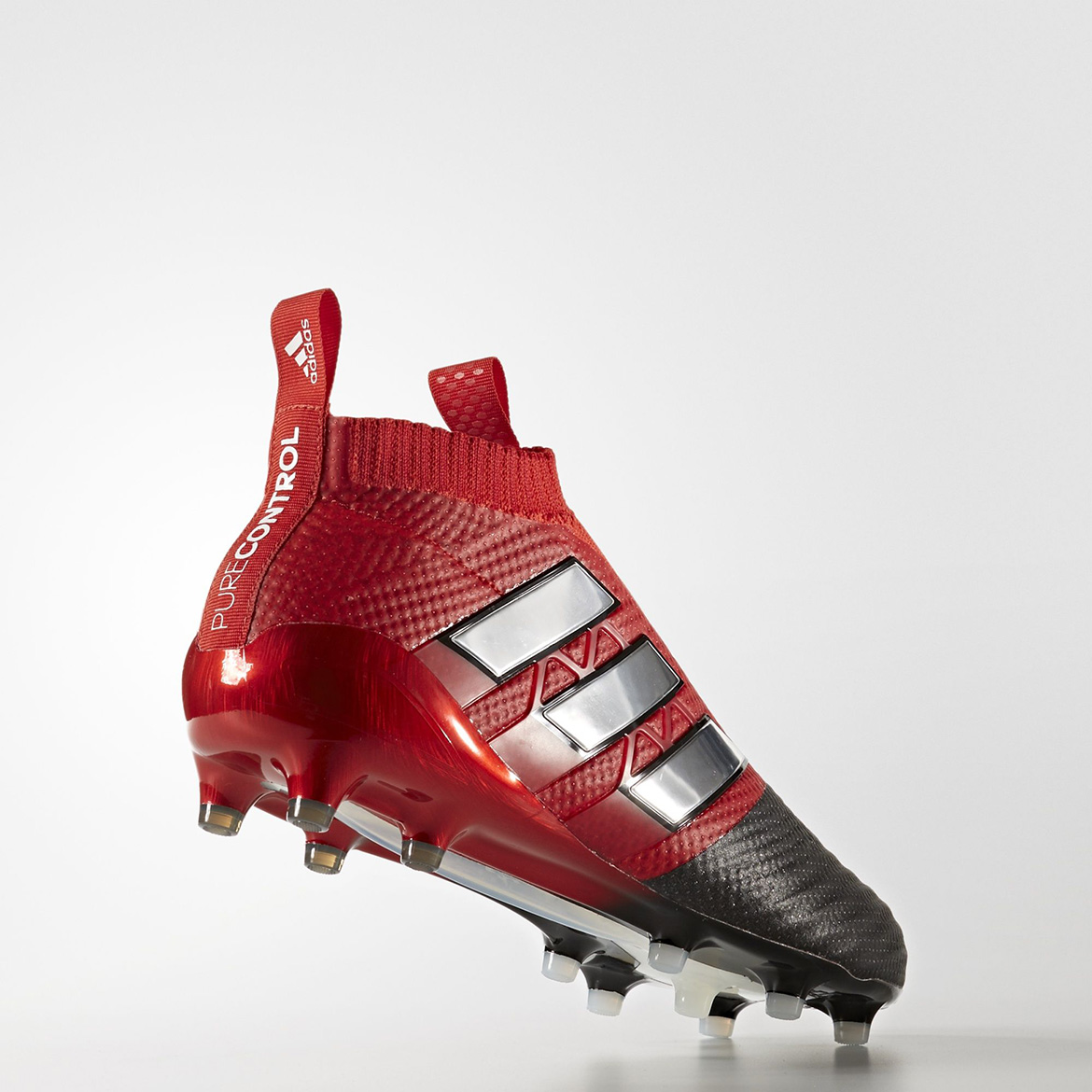 With the outsole of the boot, Adidas has kept the same studs but has implemented the use of their widely popular Boost foam. A technology they’ve been using on their running/training shoes for some time now which is designed to cushion your steps offering more comfort. That being said, Adidas hasn’t really put enough on the Ace for it to be very noticeable. A thin layer was added to the frame of the cleats and a thinner layer to the insole of the boot. 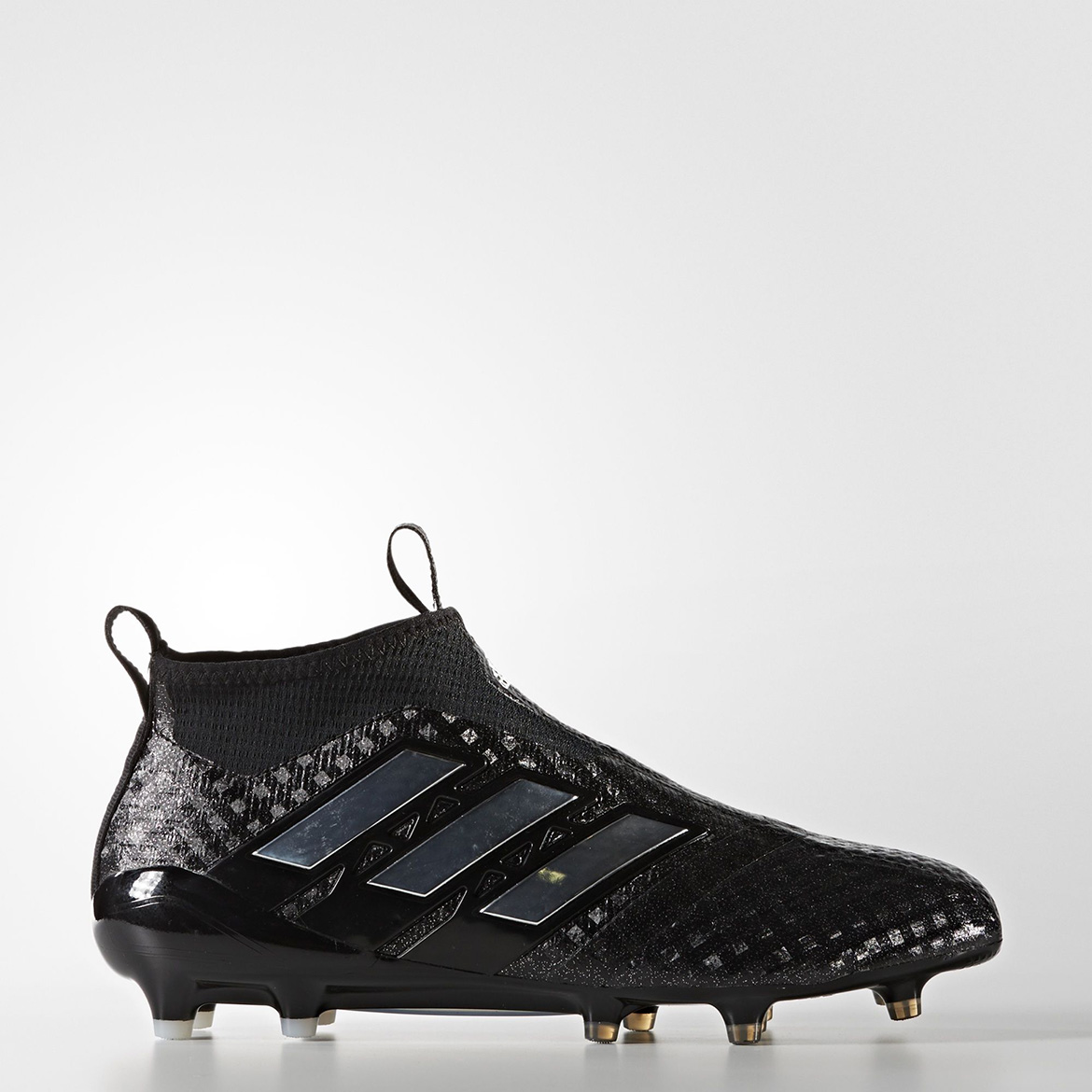 Finally, for those who actually took notice, Adidas was very sneaky to release two versions of the 17+ Model.

Now finally after releasing their Checkered pack, Adidas has implemented this new ControlSkin system on the ankle portion of their 17+ line giving the boot a more streamline fit, feel and look. 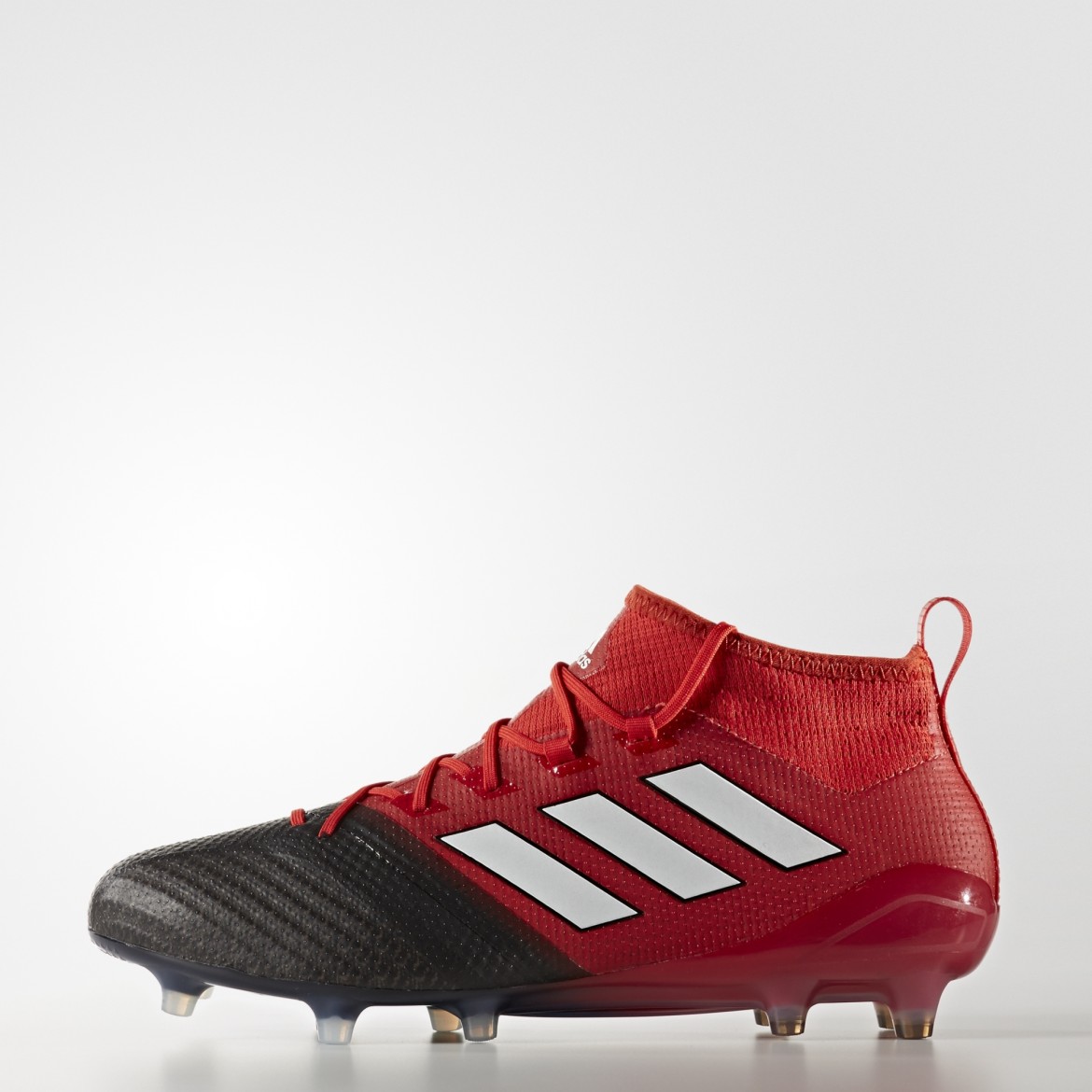 Let’s dive right into this next model, the laced version of the Ace line.

After the success of their past 16.1 Primeknit model, Adidas decided to stick with it and simply upgrade the boot. The only thing that remained the same from the last generation, is the soleplate! 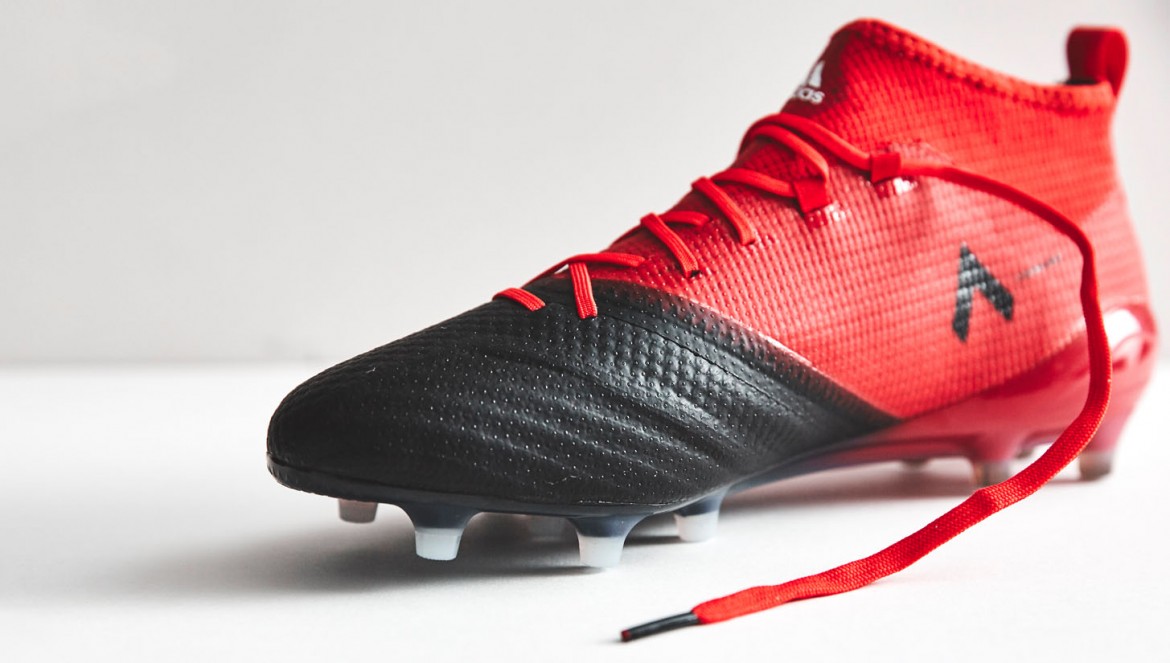 The black area in the forefoot is actually the only Primeknit material on the boot, very similar to the 17+ it is just as soft and comfortable. The red area of the boot is made from their new ControlSkin synthetic, they’ve implemented it to offer more stability in the midfoot as the 16.1 model was said to be “too soft”. They also went right with the new collar system which is stretchy where it needs to be but not overly stretchy that it lacks structure.

Of course this model offers laces through the middle of the boot and unlike the PureControl, no Boost is offered in the sole. 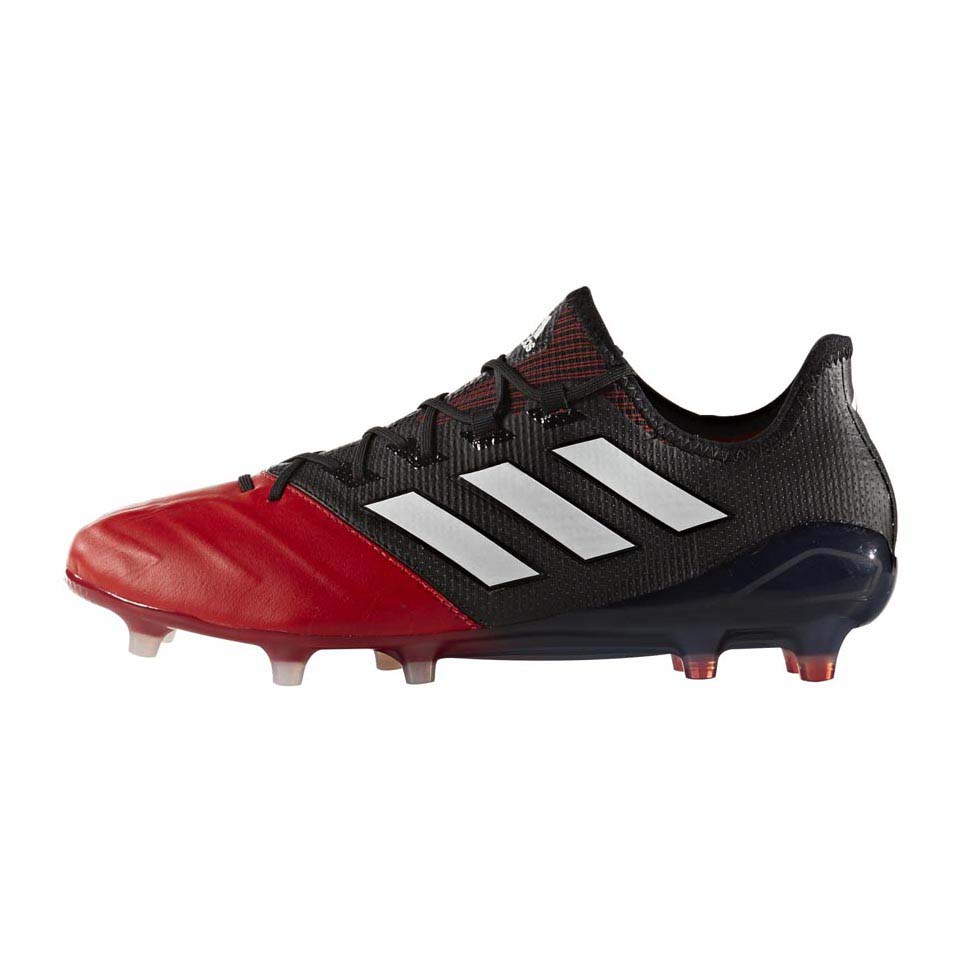 Here’s a boot that looks just as good as it performs. My personal favorite in the Ace 17 lineup, the 17.1 leather variation.

For those who read my rundown on the Ace 16 line, I was very disappointed with their leather variation. Adidas has however answered my prayers with this beast of a shoe.

Built on the same sprintframe sole as the other Ace models, it is the only variation to offer a traditional ankle cut. There is some of that elasticated ControlSkin material around the ankle as this shoe is a one piece design, however it is not midcut like the other top tier Ace 17 models offered.

The leather on this boot isn’t exactly what you expect, it’s a very thin and structured Kangaroo leather with no stitching, and it only spans the front area of the boot where it is colored red. So for those expecting a thick, stretchable leather boot, it’s definitely not that.

This leather is very similar to what Adidas implemented on their last Adipure 11Pro model, thin and structured with a honeycomb material underneath. Great touch and comfort without the over-stretching. If you look closely at the image above of the 11Pro, you will see the structuring underneath the leather.

The remainder of the Ace 17.1 Leather is made from their new ControlSkin synthetic, it’s just as thin as the leather so the feel is proportional all across the boot and it helps maintain the support in the midfoot.

Voila! There you have it, the 3 new models of Ace in the new 17 lineup.

Hopefully you all now have a better understanding of what Adidas now offers in their Ace line, giving you an idea which model would be better for you as you try and control the game.

Written By
Luca Natale
More from Luca Natale
With all the leagues coming to an end, Adidas’ teams have truly...
Read More