Now adidas have four ACES in their pack, Luca casts his detailed, critical eye across all four version of the new ACE.

In May 2015, German brand adidas totally flipped their football boot line-up. Wiping out some of the most iconic boot silos known to the world of soccer, they introduced three all new, revolutionary silos. One of the three was the adidas ACE 15.1, a cleat built around controlling the game.

The high end cleat, which was headlined by the likes of  Mesut Özil, James Rodriguez and Ivan Rakitić, was offered to the public in not one, but three upper variations. This first generation ACE, was in my eyes, quickly updated with the more recent launch of the ACE 16. However this time, adidas upped their game and offered the ACE 16.1 in four top tier variations, let’s break them down.

So what’s new with the standard version Ace 16.1? Honestly, not much. adidas has basically tweaked and redesigned the upper whilst keeping that 3-D control web technology and have placed it on a different outsole.

The look of the new ACE is, personally, more appealing, I find the shape and styling reminds me of the legendary Predator Accelerator but I feel that’s almost an insult to the Accelerator. However other than the shape and style, the outsole is nothing new, and people who know adidas will agree with me.

The heel counter is an exact replica of their past outsoles which they used for years on the F50 line, while the actual pattern is a basic 11-stud configuration all of which are conical.

Now my issue is that adidas not only calls this pattern an AG and FG configuration but they were dumb enough to get rid of their past pattern! The studs on the 15.1 were truly revolutionary in my eyes, the truest FG/AG pattern ever. Why they changed is probably because of weight or popularity but I think it was a big flop to do so.

So the overall elements of the boot have not altered, but I believe these changes will impact more consumers, as more people will be interested in this shoe compared to the original 15.1, and I think that is what adidas was going for.

I think adidas should have stuck with the same stud pattern. I understand their need to influence a larger market but adidas should be bold enough to stick to their guns. The 15.1 was a solid all round shoe and although sales may increase with the 16.1, I do not believe an upgrade like this, this quickly, was necessary on the standard ACE 16.1 FG/AG.

Just like the first generation 15.1, adidas have offered the public a leather upper variation of the Ace, for those who wanted that traditional leather quality and touch but integrated with new technology such as the FG/AG stud pattern.

The concept is exactly the same, take the standard ACE and replace the front portion of the shoe with soft, thick kangaroo leather.

My issue with this leather version (the 16.1 not the 15.1) is that you’re paying a substantial amount for the look and some modern technology (and I only mean ‘some’).

I’d save about £30 and get myself a pair of Copa Mundials! They’re made from the same quality leather and the studs are the same pattern, you can argue that Copas are heavier and in boring colours, but I won’t listen to you. With the 15.1 at least you had studs that were unique! So overall I praise adidas for offering the people different options, but with 4 top tier versions the leather one is just a flop and creates unnecessary production and should only be offered to the professionals who ask for it (like Philipp Lahm and Martinez).

So at first adidas only offered synthetic and leather variations of the ACE 15.1’s, but after some time they decided to throw on their new and well received knitted material known as PrimeKnit.

Implemented on the ACE and X, it was well received by pro’s and consumers alike, giving Nike a run for the knitted world of soccer boots.

What adidas did was similar to the leather variation and replaced only the upper with PrimeKnit.

With the 16.1’s, adidas took on Nike full force by adding what they call the PrimeCut Collar, which took adidas into the mid-cut world of soccer cleats.

They also put PrimeKnit on the entire upper, some places thicker than others, but nonetheless still an all knitted material. This cleat is a major cop, as I found the 15.1 PrimeKnit to be great, with more lateral support and a mid-cut design. I only see success for this variation.

Now this boot is something else.

If you have read my past work you would know I am a pro adidas guy. The majority of my cleats are adidas and I favour them to other companies.

This laceless shoe boasts an entire PrimeKnit upper and a sprintframe outsole, but has no laces!

The laces are replaced with a one-piece, stretchy PrimeKnit piece which provides a barefoot and seamless feel on the ball.

adidas added major stiffening support on the lateral sides to make up for the loss of support and lockdown laces provide.

Now I can’t exactly give a review on the shoe and this entire article is no review, but I think this is also a major cop. Giving the world something new (it’s been tried but it was never a knitted upper), adidas stated they sold a month’s worth of sales in a matter of 7 days on release of this boot.

This cleat and concept isn’t perfect, but overall it can truly put adidas on top of football for a long time. 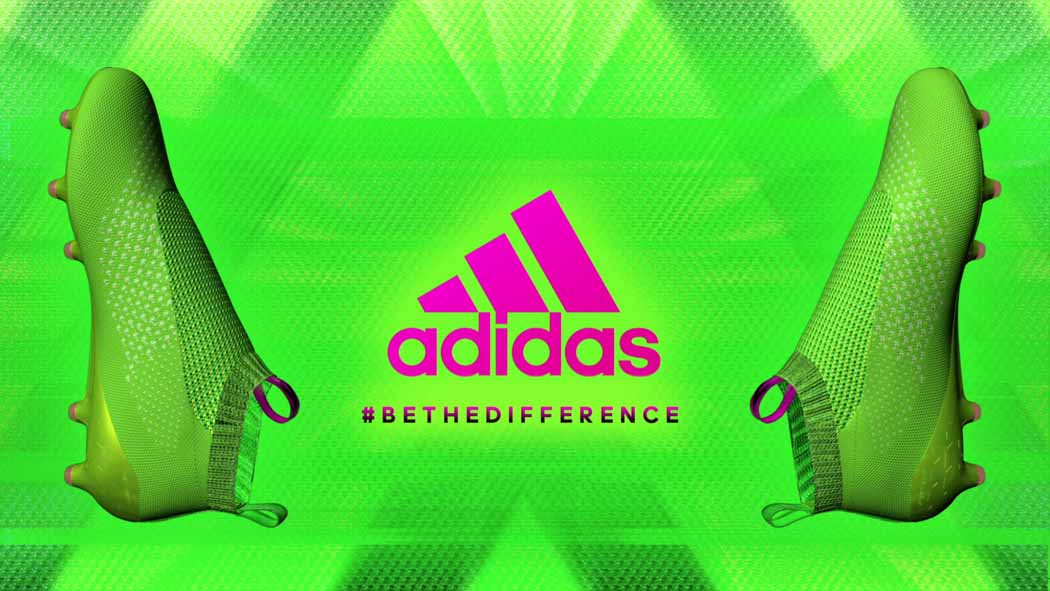 To summarise and conclude this article, I want to once again state that none of this is a review of the actual cleats themselves. It is an opinion and rundown of the silo and its options.

I say it’s a thumbs up, for a few reasons.

I do think they jumped the gun releasing the PureControl and next generation too early, but I do understand why. The reason for updating was so adidas can release their new mid-cut PrimeKnit and the PureControl.

It doesn’t do much for the standard and leather version, but in terms of marketing, sales and battling Nike for the top of the hill… adidas has done very well.

They still have a lot of work to do, but as a big picture of the next generation of ACE, I think it is a step in the right direction.

Written By
Luca Natale
More from Luca Natale
Puma are under the microscope as we investigate football boots beyond the...
Read More