Adidas took the football world by storm in 2015 by flipping their entire boot lineup. By discontinuing all their silos, Adidas introduced three all new lines to revolutionise the game. I was lucky enough to get my hands on a pair of their new boots, the Ace, to see what it had to offer.

Pulling these boots out of the box, one must stand back for a moment to take in the beauty and simplicity of Adidas’ product. The shape and build give you this vibe of a solid, comfortable and reliable shoe, much like the feeling I would get holding a Predator or NitroCharge.

In terms of the colourway, I went for the recently released black/white Ace which was definitely the best looking in my opinion, keeping that traditional look but with modern technology and a hint of fresh pink on the beautiful soleplate. (For those who have a good eye, I replaced the baby blue laces with a stock black set, making them look that much classier.)

The most exciting part is always slipping them on for the first time, tying the laces, and feeling what is in store. Now I have a moderately wide forefoot but right away the shoe just fit me perfectly tight and snug all around, the standard synthetic Ace 15.1  runs very true to size for those who were wondering.

The upper is comfortable and very flexible right from the box, I was able to move my toes and see the upper move with them which is always a good sign.

The rear of the boot is where I had the most interest as the cut on the ankle does feel lower and deeper than most shoes and also bulkier because of the extra padding around the heel, however I was still very comfortable and my heel was locked into place nicely. 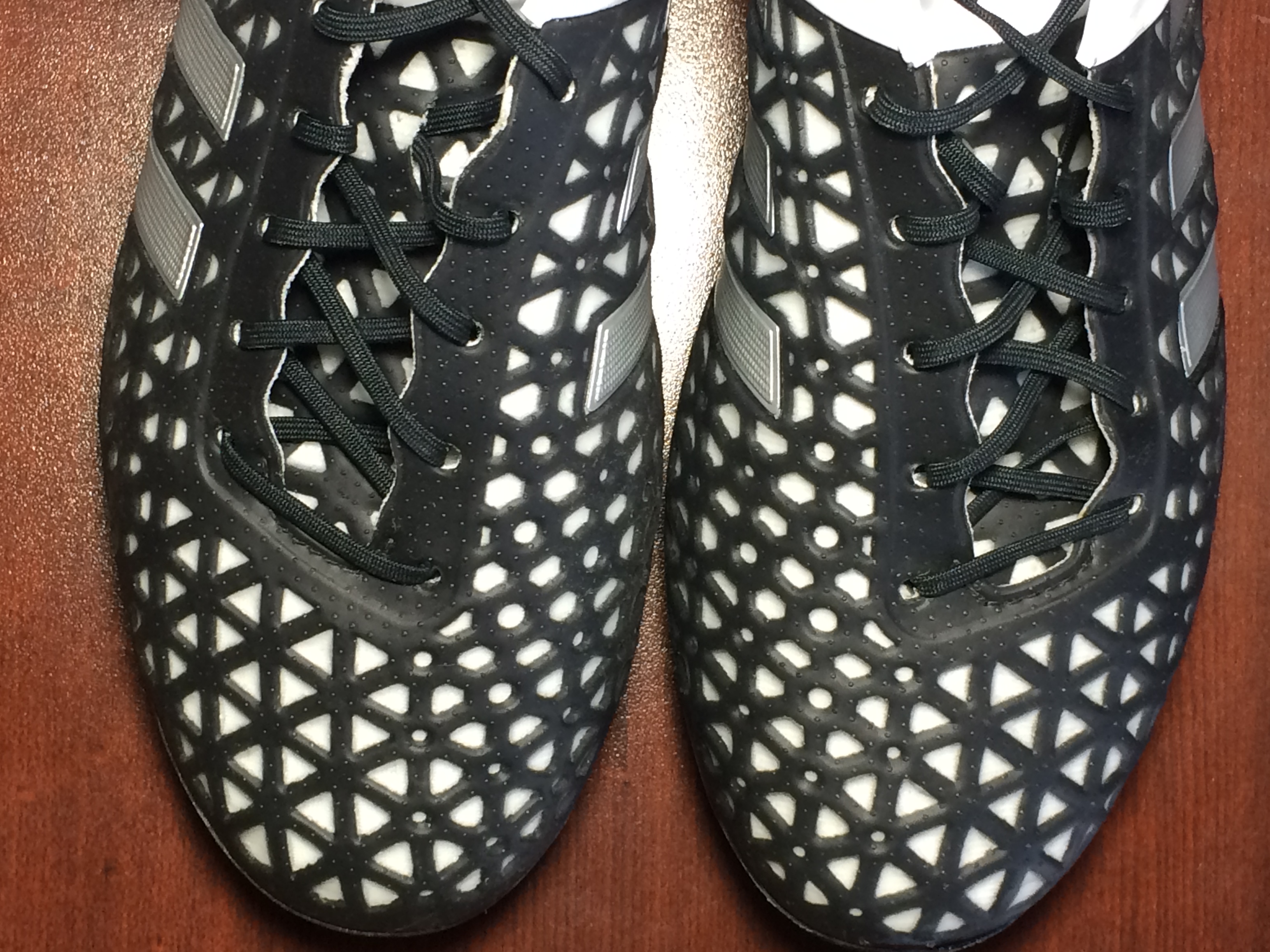 After several practices and tests with the Ace 15.1, several things came to my attention with the overall performance of this new revolution.

The Stud-Pattern: The cleats themselves are very unique in a way that I’ve never experienced before, they’re short compared to FG cleats but long compared to AG cleats – basically they’re in between the two. Which is actually amazing and exactly what Adidas was aiming for! (Keep in mind I’ve only used the boots on Artificial Grass as the weather has not allowed me to use the Ace on natural grass yet.) However I’ve personally worn the Adidas Mundial Team’s and several of Adidas’ recent Firm Ground cleats, and with that knowledge I can very strongly say that although the length of the Ace’s studs do need some getting used to, they are the perfect combination of both worlds. On the turf, I was able to make very tight turns in the midfield and push off very easily when needed to.

Pointing out the use on turf, I have to say I was hoping for solid durability, but after one slide tackle I got a small separation between the upper and sole right at the toe, and as tiny as it is, it will just get bigger. I also selected them hoping they’d hold up on turf (which traction wise they do very well) but durability has lacked for me, so that was truly disappointing. 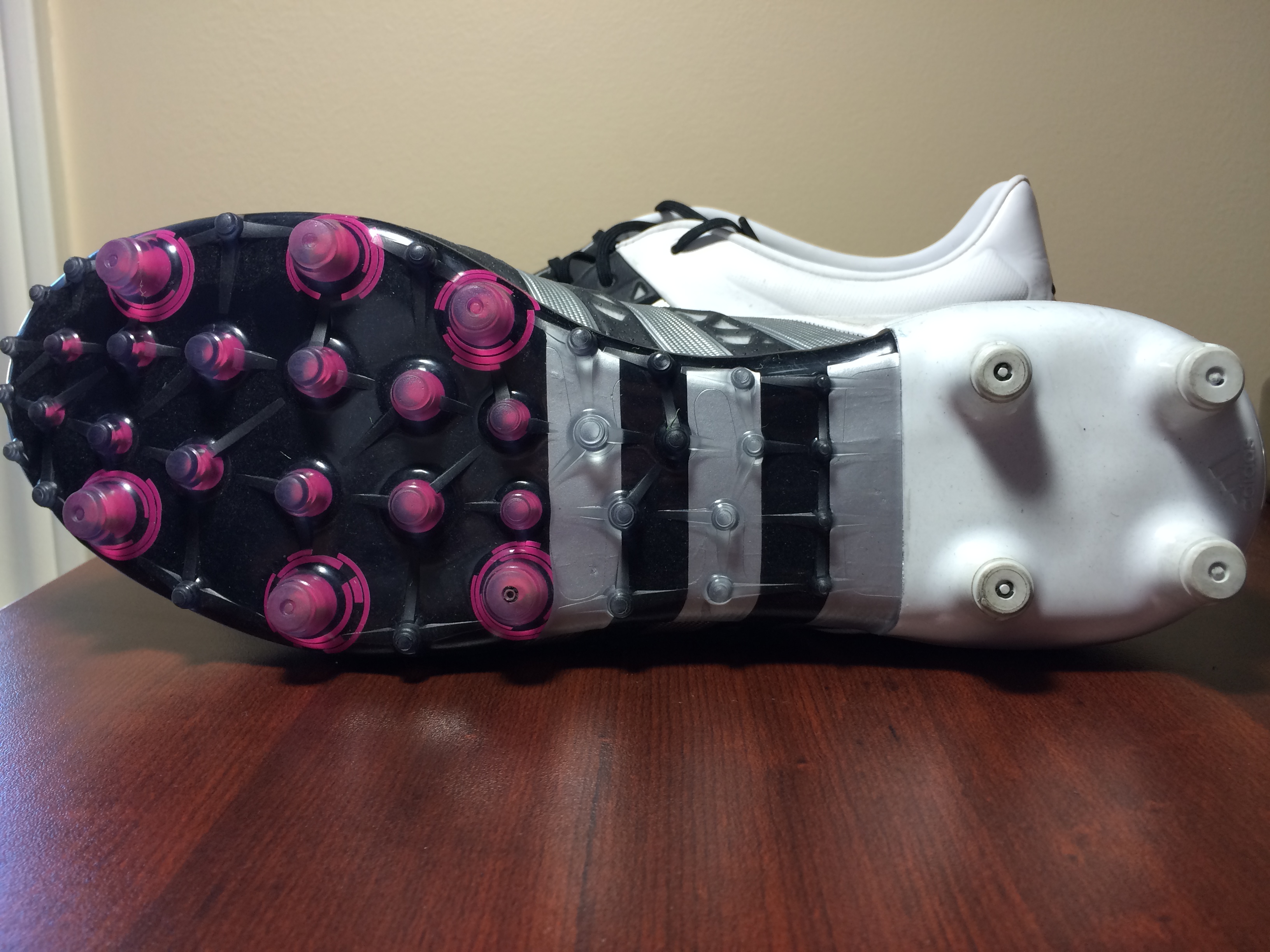 The Upper: The most difficult aspect to describe has got to be the upper, it’s constructed of a mesh base layer and is topped with what Adidas call their control-web material. On top of this material is Adidas’ non-top grip technology (NSG) which I believe is supposed to offer extra grip in wet conditions, but I find it to be a gimmick.

The upper material is a what i’d call a soft rubber or a hard foam, but my gosh is it amazing. It starts off pretty soft and flexible right out of the box, but since this is a synthetic upper, no stretching will occur and it stays exactly the way it is shaped. With that I will add that I do not recommend this shoe for people with wider than average feet. As I mentioned, I have a pretty wide forefoot and although I suffer with most synthetic cleats, I have to comment that the Ace also caused me pain on the lateral sides of my feet at first.

The first touches I took gave me this balanced grippy feeling that I’ve never quite felt before. If anyone has worn the past Predators such as the LZ’s or the Instincts, you know that the amount of grip with those cleats was incredible and something very unique. With the Ace, the grip is in some ways similar but slightly toned down.

Passing felt very comfortable and natural, the upper is actually pretty thin but doesn’t take anything away from the performance. The greatest feeling came to me when striking the ball, whether it was curling it for a cross or striking with the laces, I got this great stiffness from the soleplate and a nice amount of grip from the upper which allowed for an excellent shooting experience. 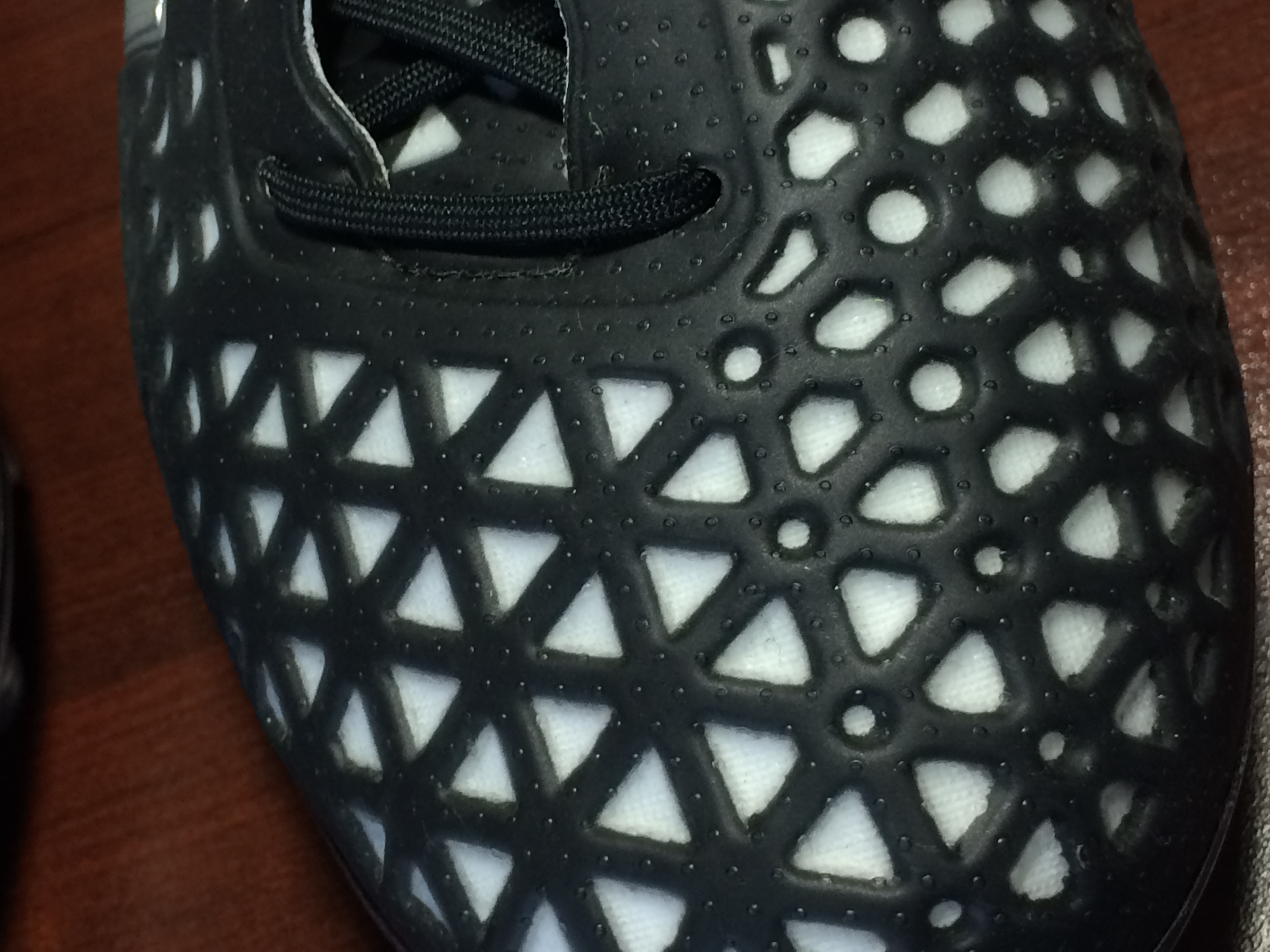 So after some weeks in these outstanding cleats, I must say I am very impressed by Adidas. Being an Adidas fanatic, this just brings me joy and overall excitement.

The Ace 15.1 is very appealing to the eye in terms of looks and aesthetics and the performance of it just adds to it. Reminding me very much as a hybrid between the control aspect of the Predator and the lock-down sensation from the NitroCharge, the Synthetic Ace gives an amazingly comfortable ride embedded with technology that makes all your touches and movements feel sublime.

Every time I wear them I feel just as excited as the first time I put them on, the upper remains stiff enough for a solid and responsive feel without being uncomfortable.

The only cons I can think of are the midfoot pains I get from tying my laces too tight and the annoying separation at the front toe, but that aside…  I’d definitely recommend this cleat to any player on the field looking for an all around solid boot that will perform at every moment.

Written By
Luca Natale
More from Luca Natale
Every single person in this world has different views about any topic...
Read More