After selecting'  ‘The Albert’ as the name of the official match ball of the London 2012 Olympic Games, adidas have revealed the official design of the new ball. 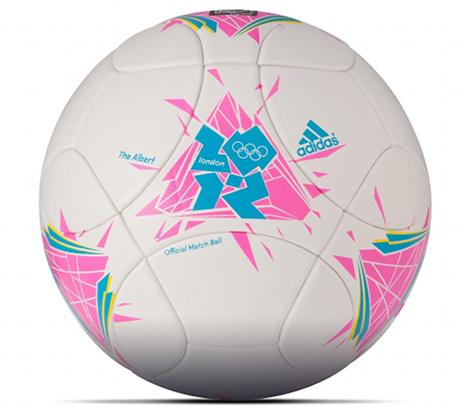 Based on the panel design of the Tango 12, “The Albert” shows the logo of London 2012 and has two graphic designs and similar colour tones to the official Olympic campaign. The ball will be used to start the soccer tournament on July 25, in Cardiff, two days before the opening ceremony.


Named after the Cockney rhyming slang for Ball (“Albert Hall”), the moniker was suggested by Derbyshire’s Robert Ashcroft from over 12,000 entries.

The Albert will be used in all of the London 2012 Olympic Games football matches, which are set to be a bigger fixture in the Olympic schedule than ever before. 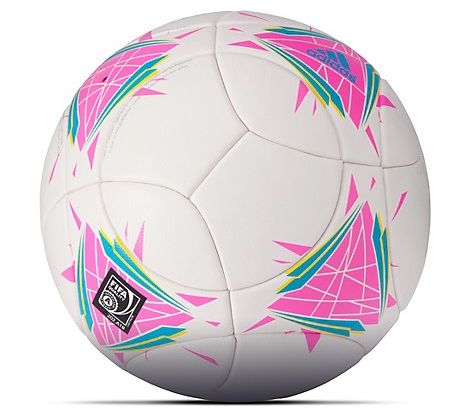 With 16 men’s teams (including the much-contested Team GB squad) and 12 women’s teams playing across a total of 6 stadiums, it’s little surprise that the Olympic committee have announced that they have sold more tickets for football than any other event.

Available from today, The Albert will retail for £84.99 and is sure to be something of a collector’s item!

We think The Albert looks sublimely ridiculous in it’s Saved-by-the-Bell (Ball?) colourway – definitely something that will appeal to collectors and players alike!

What do you think of the official 2012 Olympic football?

Written By
Ramsay
More from Ramsay
Pato isn't looking for the Perfect Strike in his new T90 Laser...
Read More