Last week’s Champions League games saw the adidas Crazylight pack hit the pitch competitively for the first time, bringing the ‘Crazylight’ technology of the limited edition f50’s Gareth Bale wore earlier in the year to all four boots in the adidas line-up.

In and amongst those you might well have spotted Philip Lahm in the adidas 11pro Crazylight – certainly one of the most well-received of the four boots in the Crazylight pack, we’re lucky enough to have a pair with us for a closer look today.

Now, the adidas 11pro Crazylight is one of the most interesting additions to the Crazylight pack for two reasons. First of all, this boot makes an 80g weight saving over the ‘standard’ model, tipping the scales at around 180g depending on your shoe size.

Second, there’s a little bit of misinformation about this particular depending on where you look. The adidas retail website says that the 11pro Crazylight is packing a High-premium, super-soft and lightweight K-leather upper. However, the official press release says adidas have developed a new lightweight skin for the upper.

Throw in the fact that the old adiPure SL’s and 11pro SL’s use to feature a natural leather upper and you’ve cause for confusion. 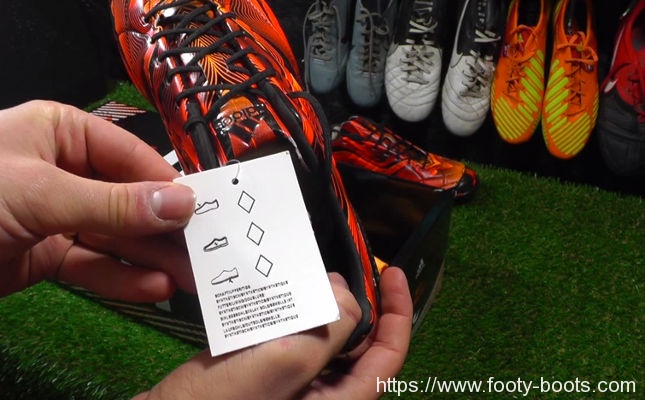 So, to set the record straight, these are indeed a synthetic, as you can tell from the little man-made symbol here on the tag.

But this upper isn’t without it’s charms. adidas have added a leather-like grain, which teams up nicely with a forefoot stitching similar to the style adidas employed on the World Cup ‘Battle Pack’ version of the 11pro to provide a very soft, flexible upper with a quilted touch that’s second only to the natural 11pro model.

Not only that, but inside the boot, particularly under the forefoot, adidas have included a lovely plush suede like liner that adds to that lux feel of the toe of the boot, which is remarkable considering the weight. 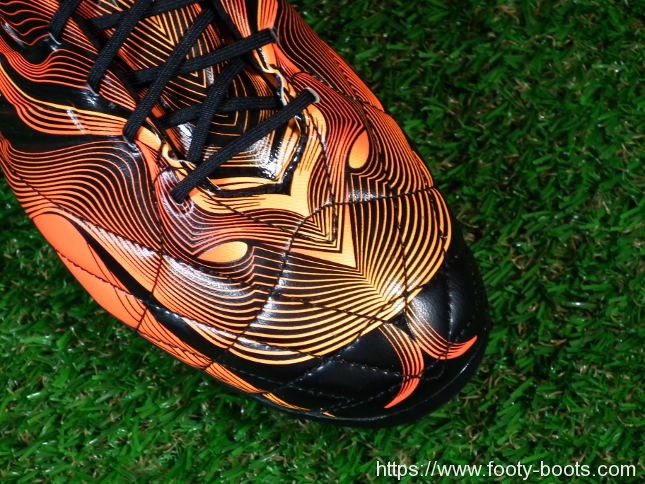 adidas have even included the memory foam from the standard adiPure 11pro on the 11pro Crazylight, meaning there’s a really comprehensive package here for players who value a really solid touch on the ball.

If you’d have told us 4 years ago when the first adiZero came out that this is what a 180g synthetic would feel like, we’d have called you a filthy liar.

Rounding out the major changes, as with all Crazylight boots adidas have replaced the standard outsole with the Sprint frame popularised by the f50 adiZero. 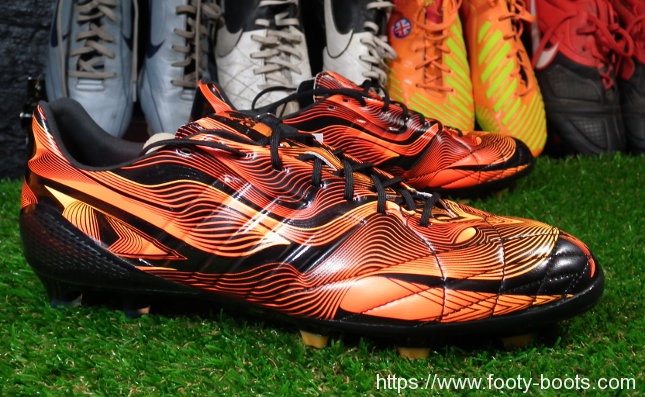 The result helps contribute to that 80g weight reduction over the original boot, but it also adds in the SpeedTraxion studs from the f50 in that distinctive radial design and brings back the miCoach compatibility.

Another neat touch you might not otherwise have noticed is the signature adidas three stripes being embossed into the upper rather than stitched or panelled – again helping drive that weight down.

Finally, we’d be remise not to talk about the graphic on the adidas 11pro Crazylight. Whilst the standard model is usually fairly tame, adidas opted to give all four Crazylight boots radical graphical prints to symbolise the ‘Crazylight’ ethos on the boot’s upper.

Officially, just known as Solar Orange / Black, you can see there’s an awful lot more going on here than just that, with the colour’s intensity fading in and out with each swirl of the pattern.

Oh, and there’s also a snake.

Written By
Kyle Elliot
More from Kyle Elliot
adidas have one final throw of the dice with their new World...
Read More