Whilst the idea of trading up standard football boots for a lighter version might well be reaching saturation point at the moment, the adidas Crazylight pack still managed to a significant stir when it launched back in October.

Ditching some of the more traditional aspects of a boot and switching in super-light materials and a SprintFrame soleplate, all four boots in the adidas Crazylight pack featured a significant drop in weight and – along with it – some changes to the features on each shoe.

Immediately, the change in materials that made it possible for adidas to drop that weight point down is noticeable when you put the boot on foot.

Whilst the adiPure 11pro that this show is based on – now succeeded  by a new generation of 11pro – is a padded, traditional-feeling boot, the 11pro Crazylight feels much more edited down, slimmer and sleeker.

Personally, I’m a big fan of the traditional heritage feel of the adiPure 11pro, however, there are definitely benefits to what the Crazylight version brings to the table.

The shoe is overall a narrower fit, with what I usually describe as a ‘blade like’ toe box – by which I mean it has a low, sleek profile and narrow point – a lot like the Mizuno Morelia Neo; another lightweight, heritage-inspired release.

The central lacing system is very accommodating, too, meaning if you have a wider mid foot or heel, you’re going to get a lot of give and find plenty of room in these football boots. 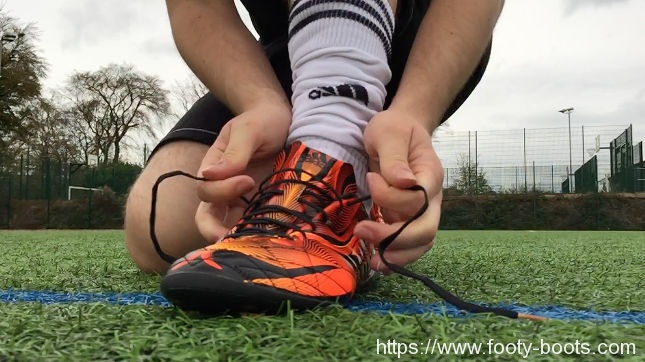 Team that with a very thin tongue and a surprisingly natural-feeling synthetic and you’ve got a boot that straddles the line between minimalist speed boot and the sort of comfortable, padded trainer you’ll often see freestylers wearing.

adidas have manages to work in some memory foam into the forefoot of the boot, which makes for a a definite plus when you’re taking balls down from on high, or getting the ball out of your feet for a quick cross.

The soleplate is – as you’d expect – another plus. Taken straight from the current-generation adidas f50 adiZero, the 11pro Crazylight affords a good level of traction to the players wearing them, with the SpeedTraxion studs just long enough to give confidence, but short enough to eliminate stud pressure. 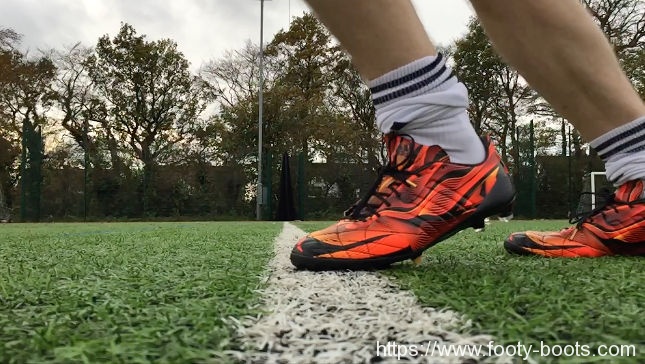 It also provides a good, stable platform for striking the ball. For all the same reasons the boot has great touch, the 11pro Crazylight is also fun to take pot-shots in.

A thin tongue and natural feeling upper offer a good sense of contact and power transfer whilst striking, and the classic central lacing system doesn’t feel intrusive thanks to the very low profile of the laces themselves.

Overall, it’s tough to find anything to really complain about with the adidas 11pro Crazylight – but by the same token, there’s very little that drives us wild with excitement, either. 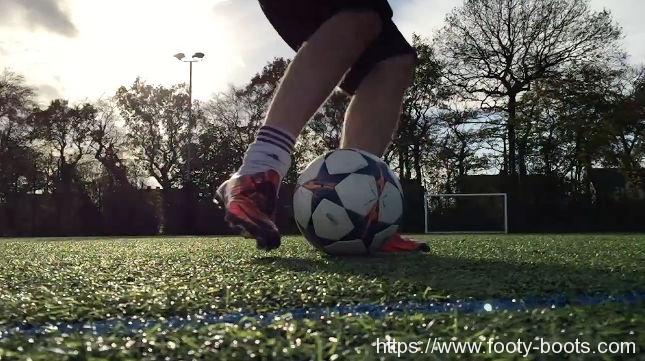 For sure, the extra weight being dropped is a positive, and the boot offers a great heritage fit and feel with modern materials, but the only thing that really makes them stand out is the graphics on the upper.

Other than that, the premium price that comes with these football boots being part of the Crazylight pack – £180 here in the UK – is somewhat tough to justify over other boots that adidas are putting out there at the moment – especially when you can practically pick up two pairs of older colourways of another boot for the cost of one pair of Crazylights.

If you’ve got to gave these, you’re not going to be disappointed – in many ways, it’s a perfect boot: the 11pro Crazylight really is a solid performer that delivers on expectations to the letter. But if you’re looking for a boot that’s truly special, you’ll find it on the Predator Instinct, f50 adiZero or new Nitrocharge.

Written By
Kyle Elliot
More from Kyle Elliot
Does Nike's newest ad top 'Write the Future'? We think it at...
Read More