adidas are giving fans of their classically-styled 11pro a very visually-distinctive alternative colourway to choose from for the remainder of the season with the stylish adidas 11pro – Black / White / Semi Solar Yellow.

This bold colourway will be secondary launch to the stylish White / Solar Blue version we were treated to as part of the There Will Be Haters campaign, and once again opts for a striking ‘split’ design with two upper colours used. 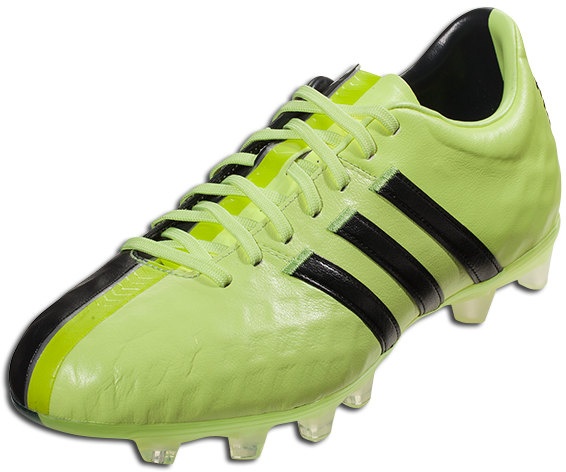 Hardcore boots fans will notice that this exact colourway was used at the start of the year on the impressive looking 11pro SL, and it’s definitely nice for players who were digging the colourway to have the option of the boot in leather, too.

Reminding us a little of classic Lotto and Diadora football boots of the late 90’s, the nostalgic Black medial side with Solar Yellow detailing is definitely offset with the unmissable inversion on the lateral side. 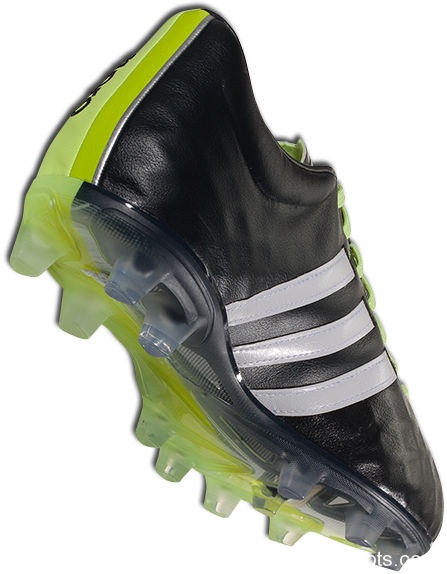 Lacking a little bit of a distinct identity over the last few seasons, adidas finally seem to have fit on a winning formula with the new edition of the 11pro.

Embracing what the boot should always have embodied, the current generation adidas 11pro focuses on comfort, fit, feel and touch.

Going back to the heavily-vaunted K-Leather – something we hadn’t seen since the 2011 adiPure IV – helped give the boot a standout feature from all of adidas’ other boots at the moment, as well as imbuing it with the legendary touch and durability that comes with the material.

Not only that, but adidas engineered an internal skeleton – which you can see as that diamond-shaped underlay on the images – to help benefit the player even further.

What does it do? Well, by working with the lacing system, the structure on the inside of the boot helps lock the foot in all across the shoe and improving the fit.

It also means that this skeleton takes most of the pressure applied on the inside of the boot during play, meaning the boot won’t stretch and lose it’s shape over time.

Not only does this offer a great mix of modern traction studs with old-school layouts, but it also has special reenforced areas under the forefoot and heel to disperse pressure for a more forgiving ride.

What’s your take on the new 11pro?

Drop a comment and rate on the bootometer to let us know!

Written By
Kyle Elliot
More from Kyle Elliot
The most convoluted contract agreement of all time is over, as Ozil...
Read More