Widely regarded as one of the fastest players in the Premier League, footballers don’t come much more qualified than Spurs & England Winger Aaron Lennon to talk about lightweight football boots! 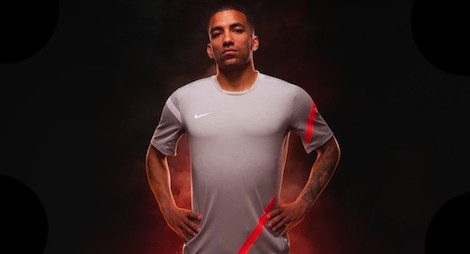 Q. As a Nike contracted player, how did you come to the decision to use the Mercurial Vapor VIII‘s ?

AL: For me, it was an easy decision as these boots are designed for speed players and that is my style of play, so it was a natural choice.
I have been using these boots for a while now and as soon as I picked up the Vapor VIII‘s I knew that these would suit my game.
Q. What do you think of the new SG Pro soleplate? Is it true you had some input in their design?
AL: I started to play in just moulded blades but with slick, watered pitches we play on I needed to add some studs. The placement of the studs came about through trial and error really.
I was looking for the studs to provide the maximum traction when accelerating and I asked Nike to move the additional studs until it felt right.
The mixture of blades and studs also has benefits for me when I am playing on some poorer pitches.
Q. Like Stevenage?
AL: …yeah (Laughs)! 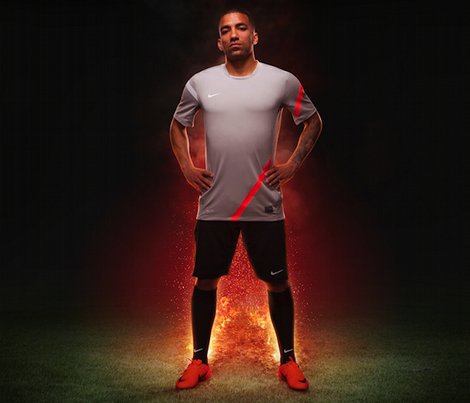 Q. We have spoken to other players about breaking in a new pair of boots, Theo Walcott told us that he sits in the bath to mould new boots to his feet, do you have any techniques?
AL: I honestly don’t need to break in new boots, I’m lucky that they seem to fit perfectly straight from the box.
Q. How many pairs of boots would you get through in a season ?
AL: I usually play 3 or 4 matches before I change to a new pair. If I have been playing well or score then I will keep them for the next match.
Q. Is that through superstition?
Yeah I guess so (laughs)! I am also different from most players at Spurs as they will have different boots for matches and training, whereas I will use the same pair for everything.
Q. Is there any “banter” in the dressing room regarding the brightly coloured boots or the personalisation on the boots ?
AL: No, there’s not a lot said as I will wear whatever the latest colourway Nike give me, and the same is true of most of the players.
Most boots these days are mad colours so there isnt much banter needed!
Aaron Lennon wears the new Nike Mercurial Vapor VIII, built for explosive speed- the ultimate in fit, touch and traction. www.nikestore.com/football