Fish-skin, Invisible Players and Stretchy kits – Prepare yourself as we dust off the history books to discover 5 completely rubbish footy inventions! 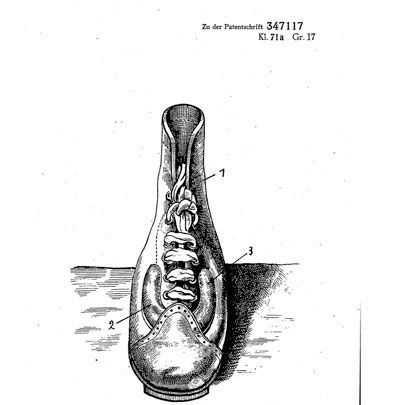 Whilst pundits and managers love to moan about ‘these modern boots’ in a condescending tone usually reserved for a ‘Letters to the Editor’ column, enterprising inventors have been engineering improvements to football boots as far back as the 1920’s.

Even though footy boots were ankle-high leather affairs that weighed as much as a small family sedan, crafty Nuremberg resident Georg Willmöhr filed a patent in January 1922 that used beads in a horseshoe-shape around the laces to improve power and accuracy, humbly starting a revolution that would soon grow into a multi-million pound industry. 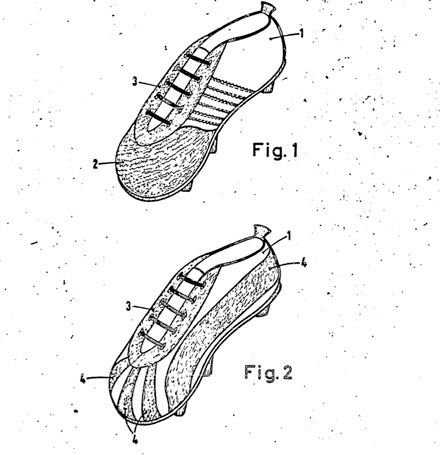 At the forefront of that revolution was Adolf ‘Adi’ Dassler, whose fierce rivalry with brother Rudolf – founding father of Puma – would define the sports industry with inventions like the first screw-in stud and individual player sponsorship.

However, one of his less proud moments came in 1968. In a search for a material that offered the best grip on the ball, Adi created a boot whose surface was coated with the skin of a cartilaginous fish whose scale structure offered particularly good ball adhesion.

Needless to say, Mr. Dassler soon found the downside to essentially covering a boot in fish, and replaced it with a synthetic version less than a year later. 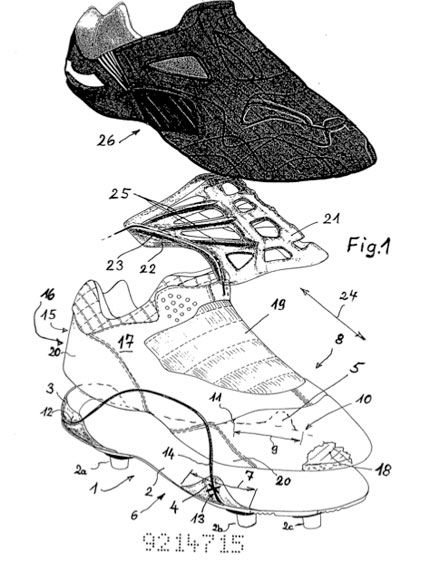 Rather than any conventional shoe-tightening systems, Puma hoped that once a player’s foot was on their slip-on boot, they would then lock it in place with a strap and a tightening mechanism similar to ones still used in their running range today.

This elaborate quest for a lace-free model ultimately ended in failure, as the strap and lock were unable to cope with the rigours of the beautiful game, doomed the design to the drawing board. 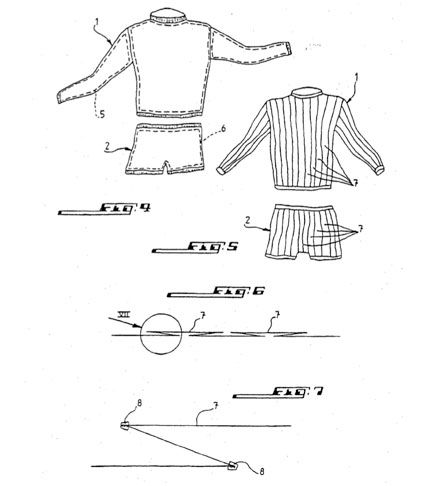 In 1998 a French design company created a novel way to cut down on that most contemptible of footballing offences; shirt-pulling.

The idea was simple enough; when a player’s shirt was pulled hard enough, the fabric would permanently deform, making it obvious to officials that a player had been tugged back.

In execution, however, we imagine that during the testing of these vacuous uniforms, players had all pulled the sleeves and seams of friend-and-foe alike within the first five minutes. Resulting in a bunch grown men charging around a pitch for 80 minutes looking like they’d all borrowed a shirt off their dad. 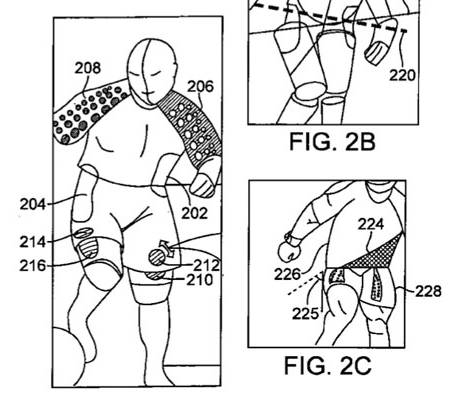 Nike have always pushed the boundaries of good design and good taste when it comes to their football kits, but the American mega-brand designed a kit that would make players harder to detect by opponents.

By strategically placing ‘Counter-Productive Visual Stimuli’ across the torso and the shorts, Nike would make players moving at speed harder to see (remember the Southampton v Manchester United Grey Kit fiasco of 1996?)

The thought of strikers being nought but a blur to defenders, or a midfielders able to catch a goalkeeper off-guard with a shot from range was likely what Nike were dreaming of, but did someone forget to remind their design team about football being a team game in which players, you know, pass to each other?

Written By
Kyle Elliot
More from Kyle Elliot
Umbro want you to show your love for England by Tweeting them...
Read More