One of the things we love about the microcosm of football boots is the vast level of unpredictability, and the surprise and delight that are possible at every turn.

And whilst the 2012-13 season didn’t capture the imagination the way 2011 did (aka, the year Puma bit back) the end of the campaign did throw up some pleasant surprises, such as Fernando Torres and Juan Mata making up a Chelsea/Spain double-swoop for adidas, Nike and adidas launching new silos and new boots from Umbro and Warrior.

So, with the opening of the new Premier League year mere days away, we’re taking a look at what we think will happen in the world of football boots in the' next 12 months.

adidas Mark 20 Years of the Predator 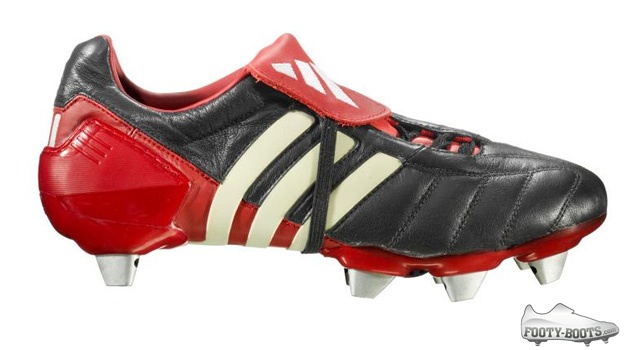 Probably the safest bet of anything we’ll say is that adidas will mark two decades of power with a big Predator celebration.

As the season winds down in preparation for the World Cup in Brasil, we’re hoping to see the Three Stripes produce something to offer up serious props to their boots that changed the game.

Rolling out a new model of a beloved boot is hard enough; some professionals don’t like the colours, whilst others prefer the performance of the older model (we’re looking at you, RvP.).

But a new silo presents it’s own set of challenges – especially a huge one like the Hypervenom. Bringing together players who used to play in the old T90 (Rooney, Welbeck) and Mercurial (Ibrahimovic, Dempsey, Isco) will be a big ask with players desperate to get off to the best possible start to the new campaign.

Neymar to be the Sting in Hypervenom’s Tail

Whilst it might take a little while for some players to adjust to the Hypervenom, Brasil star Neymar is already off to a flyer in his! Playing a part in all Brasil’s Confederations Cup goals, the fleet-footed attacker gave Nike’s latest the best possible start to life as a headline boot.

We don’t think we’ll see a Neymar-signature model for some time, but pending his success at Barcelona, we wouldn’t be at all shocked to see him chosen to debut new or alternate colourways in the same way Ronaldo has for the Mercurials.

Warrior to Add More Gamblers to Their Deck

Having only signed their first ambassador a year ago (Craig Bellamy) Warrior have mae some serious in-roads in the boot world.

Key signings like Kompany and Fellaini have allowed the brand to push into the media spotlight, and the quality of their boots to appeal to players of all levels.

With a World Cup coming up and a couple of Belgian heavy-hitters already in the stable, expect Warrior to try and net another player to take the Gambler to Brasil. An Australian wouldn’t be a bad shout…

Umbro to Bite Back

With the striking new GeoFLARE at their disposal and Joe Hart an Andy Carroll secured for at least another season, we’re backing Umbro to push on this year.

With new owners keen to break into the football market at the helm and the uncertainty of last season behind them, we’ve no doubt Umbro have something exciting in the pipeline.

Puma to Redefine The PowerCat

A great boot in it’s own right, we’re expecting big things from the PowerCat this year. Having already had a name change, the PowerCat 1 is a fantastic power/control hybrid in the vein of the adiPower Predator.

However, we’re predicting a bit of a shake-up – with Puma committed to phasing out natural leather, expect a big change to this cornerstone of Puma’s line-up before the next World Cup.

NitroCharge to Blow Up

When we first heard the concept for the adidas Nitrocharge, our first thoughts were, ‘difficult to position’. By which we mean, we thought adidas would have a tough time conveying the message behind the boot and get players (amateur and professional alike) wearing them.

But, we don’t mind holding our hands up when we’re wrong; the NitroCharge 1.0 has been a huge success, winning praise across the board. We reckon as the season wears on we’ll see a surge in goalkeepers and defenders pick the NitroCharge over the Predator or adiPure.

We saw plenty of ’em this year, and with the World Cup looming – expect even more in the next 12 months.

Nike and Puma have been creating some truly extraordinary special editions, and we’re predicting adidas will be equally as active in the limited edition football boots stakes this year.

Those are our predictions; now it’s your turn! Tell us what you think is next for football boots in the comments or on our social channels!