Italy made it through to next year’s World Cup finals after securing a 2 – 2 draw away to the Republic of Ireland which condemned the home side to the play-off’s.

The defending champions had Alberto Gilardino to thank for a late equalizer as they made sure of top spot in Group 8. Earlier,Mauro Camoranesi cancelled out Glenn Whelan’s opener for Ireland only for Sean St Ledger to restore the Republic’s lead before Gilardino’s late strike.

Also in Europe, Germany, who haven’t missed a final’s since 1950, extended that run with a fine 1 – 0 in Russia. The decisive goal came from Miroslav Klose who was wearing the Nike CTR360 Maestri. 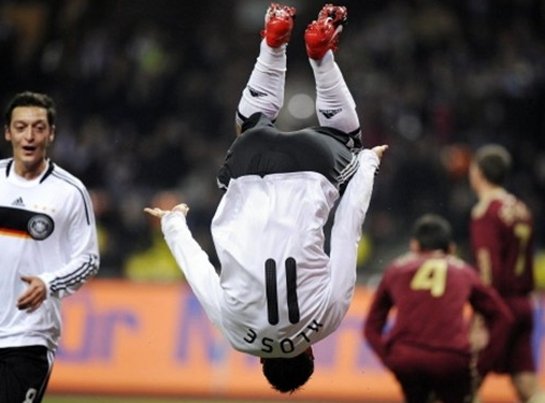 Midfielder Jakob Poulsen’s low, long-range strike in the 79th minute was enough to see off second-placed Sweden and ensure Denmark progressed with one round of games remaining in Group One. The Swede’s will be looking over the shoulder’s too after Portugal beat Hungary to keep their chances alive.

And Serbia became the fourth European side on the night to seal a place in South Africa after a 5 – 0 drubbing of Romania in Belgrade. The Serbian goals came from Nikola Zigic, Marko Pantelic, Zdravko Kuzmanovic and a Milan Javanovic double.

Elsewhere, the USA came from a goal down to beat Honduras 3 – 2 as they qualified with a game to spare. Conor Casey scored twice with the State’s third goal coming from Landon Donovan who, like Germany’s Klose, scored his first international goal in the CTR360 Maestri. 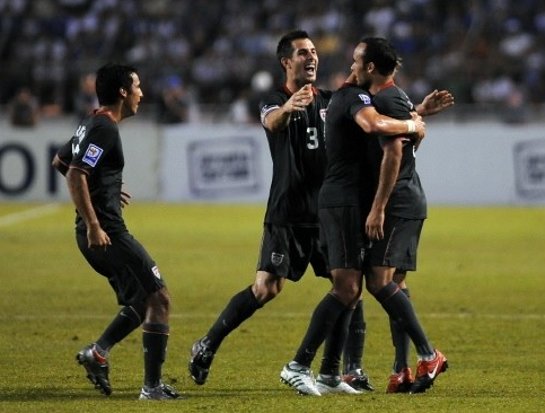 They’ll be joined in South Africa by Mexico who overcame El Salvador 4 – 1 and by the Ivory Coast who secured their place with a 1 – 1 draw away to Malawi, Chelsea’s Didier Drogba coming off the bench to score the all important equaliser.

Argentina can still make the finals after a dramatic injury time win over Peru. With Diego Maradona’s job seemingly on the line, Martin Palermo rescued his side and his coach with an injury time winner in the 2 – 1 victory in the Argentine capital.

Meanwhile, England lost their 100% qualifying record as they went down 1 – 0 to Ukraine. Sergiy Nazarenko’s deflected shot after 29 minutes secured a crucial win for Ukraine, with Wayne Rooney coming close for England in the dying seconds.