Arguably one of the most interesting boots in adidas’ line-up of cleats, it’s tough to ignore what the adidas 11pro SL offers up – especially when it’s all wrapped up in a colourway as good as this one.

Dubbed Running White / Metallic Chrome, it’s not hard to distinguish there’s plenty more to this boot than the description lets on with and Electricity SprintFrame and Black sockliner integral to the boot’s appeal. 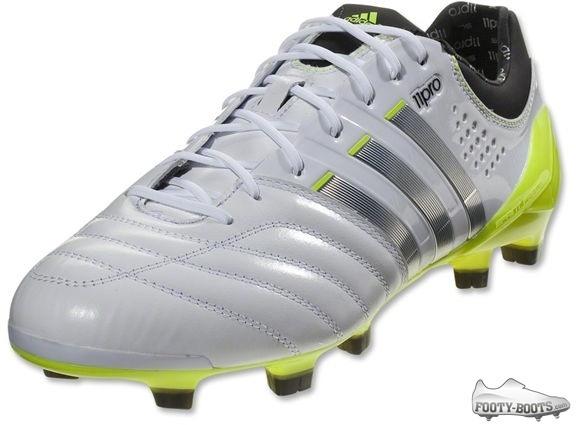 Boasting a little more attention to detail than previous 11pro SL models, the Running White / Metallic Chrome' edition has some neat features unique to it’s design such as the ’11pro’ printing on the heel liner and the tips of the three stripes contrast coloured for a real visual appeal. 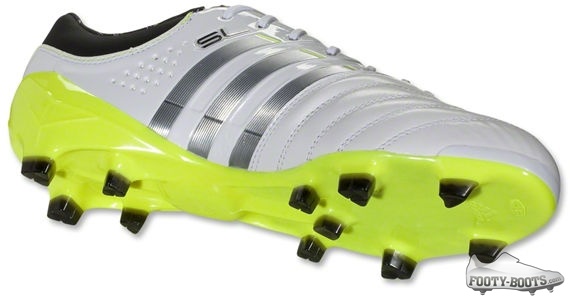 One of the last boots in adidas’ stable to use K-Leather in any form, the forefoot of the 11pro SL looks suitably enticing in this running white colour-up (and could well be the last time we see the material used on a new release from adidas).

The midfoot and heel both use an even lighter synthetic than the material utilised on the adiPure 11pro to help push the weight down to 180g per boot. 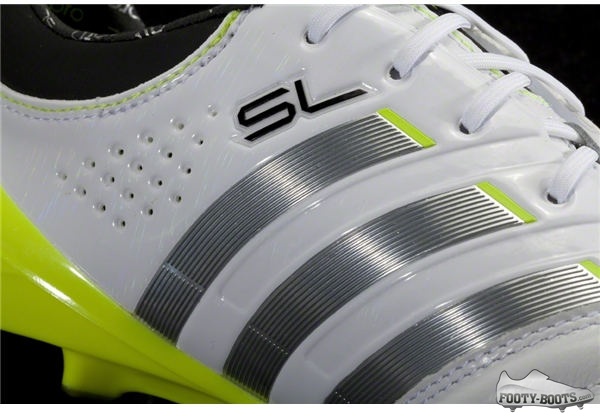 You’ll also notice that the 11pro SL uses a SprintFrame that is more or less identical to that used on the F50 adiZero.

Ditching the rounded studs and cushioning of the ‘standard’ adiPure have allowed adidas to use the same chassis as the lightest boots in their range for a boot that is a true mix of heritage styling and cutting-edge, lightweight design. 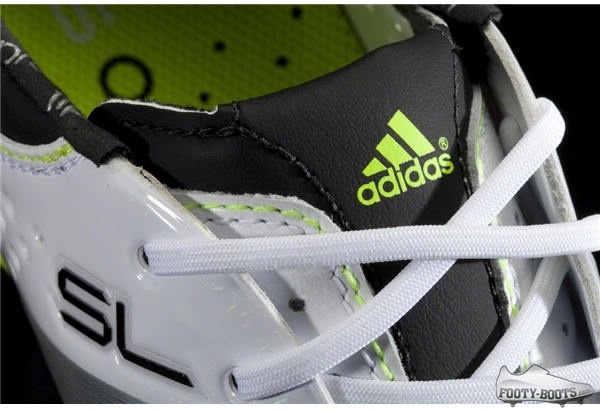 If you’d like a pair of adidas 11pro SL’s for yourself, they’re available to order from today at selected retailers.

Let us know what you think of them by leaving a rating in the boot-meter below!